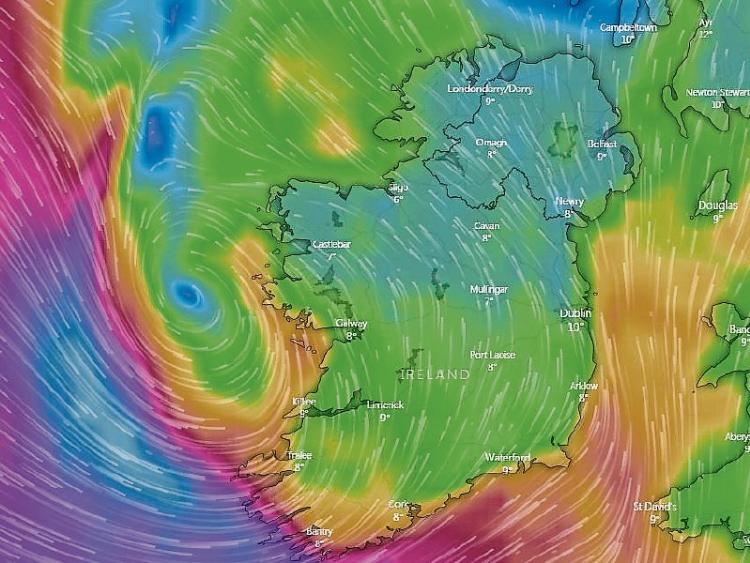 LIMERICK is bracing itself for one of the windiest conditions of 2019 so far, as Storm Hannah is expected to hit the region this Friday afternoon.

“Becoming stormy on Friday evening and overnight as Storm Hannah moves in. Southerly winds, later veering northwesterly will reach mean speeds of 65-80 km/h with gusts of 110 to 130 km/h.”

Met Eireann has urged the public to be prepared for possible disruption and power outages.

According to meteorological reports, the eye of the storm will strike the west coast, between Mayo and Galway, at around 6pm on Friday and will pass through the midlands into the night.

Meanwhile, after a few days of humid and sunny weather, Limerick is now experiencing an inclement spell of rain which is expected to last for considerable time. Heavy rainfall is expected to hit Limerick city at around 8pm, according to Met Eireann with temperatures dipping to nine degrees.