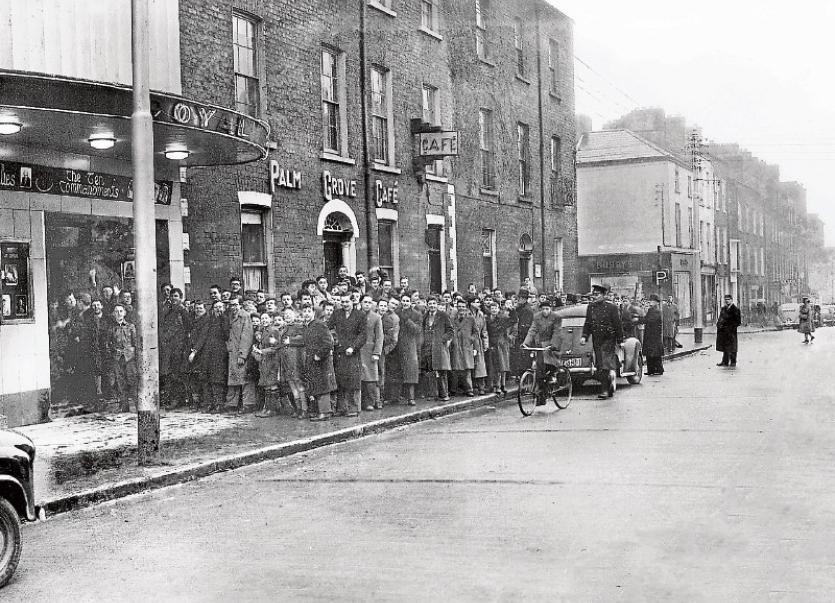 Cecil B DeMille’s Ten Commandments did well in the Royal Cinema when released in October 1956. The queues stretched around the corner almost as far as the Glentworth Hotel

FOR over a  century, ever since the very first silent movies,  cinemas have been theatres of dreams and ‘going to the pictures’ a source of magic, holding out the promise of adventure, of romance, of excitement and drama.

Now, a new documentary called The Picture House has gathered some of this magic and promise to tell the story of cinema in Limerick.

It is, according to Dave Burns, the man who wrote and directed the documentary, a rich and multi-layered story. Next to sport, he says, cinema has always been Limerick’s main cultural pursuit.

“Even today, without a city centre cinema, almost a million cinema tickets are sold in Limerick every year,” says Dave. 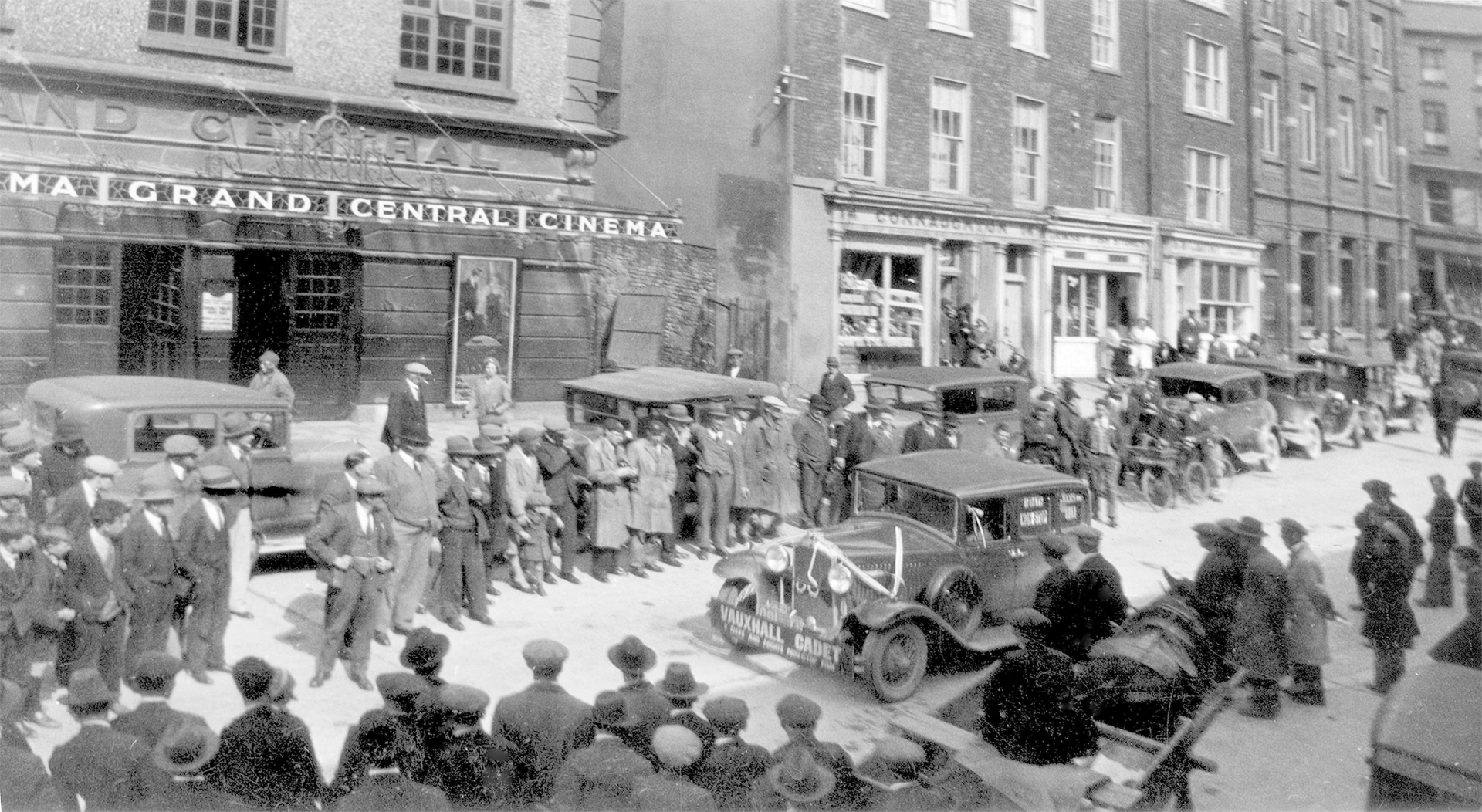 CAPTION ABOVE: Going by the type of car pictured (Vauxhall Cadet) this shot dates from the early 1930s. Lining the street are the citizens as they watch the glitterati arrive for the show. The picture also gives the reader a perspective of what Bedford Row looked like 80 or so years ago

The Picture House aims to capture and honour  some of that cultural heritage, drawing on archival footage, photographs and crucially on the memories of former cinema workers and cinema-goers.

“We tried to interview as many people as we could,” Dave explains but adds “I don’t think the film would have been possible without Joe Coleman’s book House Full, a history of cinema in Limerick.”

The idea behind the documentary, Dave continues, was kick-started by his daughter, Carla, about a decade ago. Carla was then a student at the Limerick School of Art and Design and pulled together an evening with the late Jack Bourke, owner of The City Theatre  and the late Tom English, manager of the Savoy for many years. “They were a tremendous double act and told the story about managing the cinemas,” Dave recalled.

From there, Dave, who has a huge and life-long interest in film, began filming people involved in the cinema culture of Limerick. But the project, he says, got moth-balled for a period, mainly because he got involved in doing a film about the late Jim Kemmy, who was, among other things, a great cultural ambassador for Limerick.

“The Kemmy film turned out to be a success so I said we will carry on and do this,” Dave recalled this week, just days before The Picture House is premiered.

The documentary reaches back to the days of silent movies in Limerick and traces the growth of the single screen cinema in the city through its glory days. At one point, Dave explains, there were 10 cinemas in the city. Even in 1975, when he arrived in Limerick, there were six city centre cinemas still operating.

The things that went wrong; the films that caught the imagination of an entire city;  the opposition of the Church; the cinema workers strike of 1953; the memories and the characters all find a voice in The Picture House.

An earlier version of Les Miserables, Dave recalls, was a big hit in Limerick and the film Zulu also proved to be hugely popular, “mainly because the Redemptorists preached against it”.  And the film also pays homage to the power of cinema to fire the imagination. One story is recounted of one young lad, fired up following a cowboy film in the Tivoli,who rushed out, straddled the wall as if it were his horse and found himself in the Abbey River.

“The ‘theatres of dreams’ such as the Savoy, the Royal, the Lyric and the Tivoli and the many more, are remembered  in vivid detail and with great affection: the balcony seats, the sixpenny seats, the scramble for the best seats, the ice-cream girls.

But the demise of the golden years of cinema also gets a look-in. Dave cites television and the high cost of maintaining single-screen cinemas among the “whole bunch of factors” that led to  that demise.

But he believes, technology coupled with multiple screens have led to a resurgence in cinemas more recently. “City centre cinemas are springing up all over cities in the UK,” he says with enthusiasm.

These cinemas often have bars and restaurants attached, he points out.

“It’s a hospitality industry,” he says. “It is quite interesting how it developed. And cinema attendances are going up each year.”

The Picture House will be screened this Thursday evening at 7.30pm at LIT's Millennium Theatre and all are welcome. It is a free event, Dave points out.

And he pays tribute to all those who have made it possible, in particular Joe Coleman, Paul Lynam and Declan McLoughlin, cameramen Keith Bogle, Jim Pidgeon and Paul Lynam,  narrator Mike Finn and editor Simon McGuire.

“In my view, the film is down to the editing,” says Dave with feeling.

His only wish as he sends the film out into the world is that people will enjoy it.