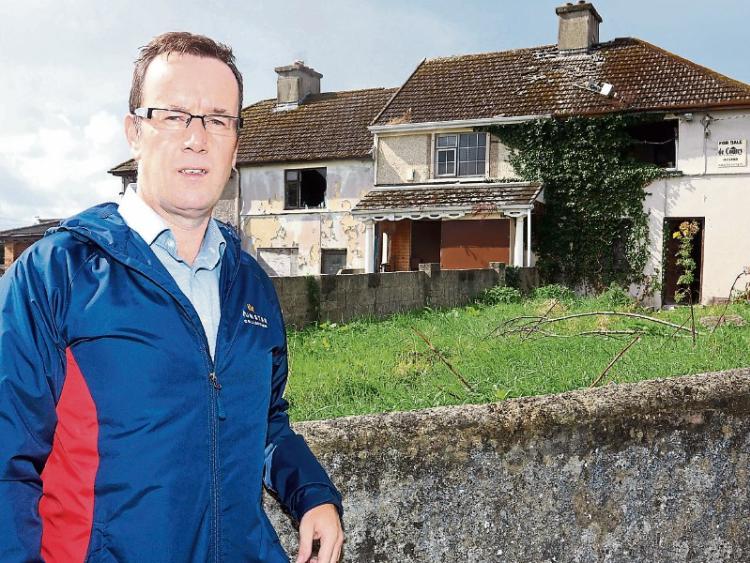 Cllr Joe Leddin: frustrated at number of homes lying empty that could be turned around for families on housing list

WHILE the disposal of land to make way for new homes was welcomed this week, the delay in reletting 110 homes currently “sitting empty” was condemned as a “shocking indictment during a housing crisis”.

At a meeting of the Metropolitan District of Limerick, councillors approved the disposal of land in Moyross and Carew Park to both Co-Operative Housing Ireland and the Peter McVerry Trust.

With work expected to commence by December, 61 houses have now been fast-tracked through this move. “I’d like to commend the council for providing this land to the Peter McVerry Trust,” Fianna Fáil councillor Jerry O’Dea said. “Considering the short supply of housing, this is fantastic progress.”

However, while the development was “certainly welcome”, the Metro Area has 110 council owned homes “sitting empty, that less than 24 months ago had tenants in them,” according to Labour’s Joe Leddin.

“110 houses empty when we have thousands on the housing list, people who want to be homed,” Cllr Leddin said.

“These are people with disabilities, families and the majority of these properties are fine.” According to Cllr Leddin, these houses are in good condition “bar a lick of paint” but they haven’t been inspected since their tenants moved out.

“What is going on? It is hugely frustrating,” he said.

At the meeting, Fianna Fáil councillor Kieran O’Hanlon requested a progress report be put together to show where the delay is coming from. Fine Gael councillor Marion Hurley supported this call, and also requested the councillors receive feedback on the 3% levy introduced on void homes.

Sinn Féin councillor John Costelloe said there are houses in his area boarded up for three years. “It simply is not good enough, the council needs to get the finger out.”

In response, LCCC director of service operations Kieran Lehane said: “I don’t disagree with anything the councillors have said. It is more complicated than before.

“If you look at the house, it looks fine but it’s not quite the case due to new letting standards. To the best of my knowledge we are doing everything we can to speed up the process.”

Funding for such measures come from the Department of Housing as opposed to the local authority, he added.

“I hear what the director is saying in terms of housing standards but this is leaving houses to decay,” Cllr Leddin said. “This is a shocking indictment during a housing crisis.”