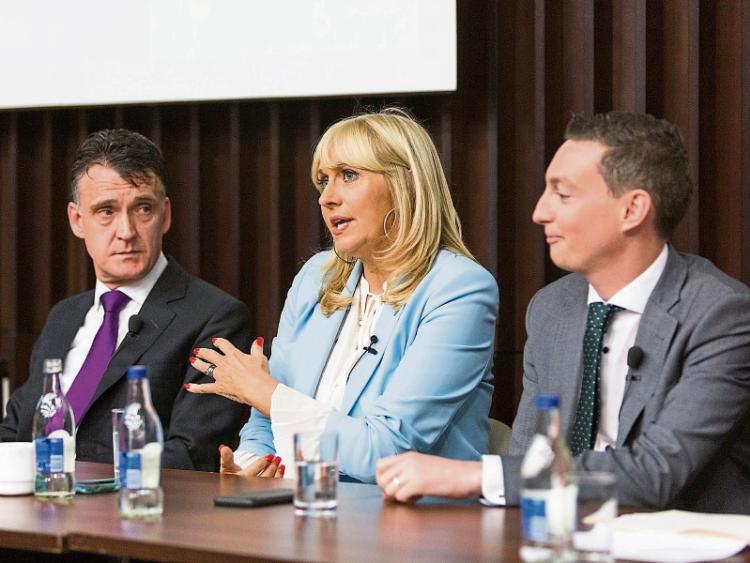 HE worked for many years as a journalist with the Limerick Leader, but an indication of Fergal Keane's high-flying career in journalism was demonstrated last Thursday when he failed to make a high profile lecture on journalism at UL.

The reason? Fergal, the Adjunct Professor of Journalism at UL, had to ditch his flight to Ireland at the last minute and instead head to the Sudan, to report on the military coup that had just taken place.

The distinguished journalist, who is Africa editor with the BBC had to dash frantically to Sudan, but was able to talk to his audience at UL through a phone link.

The topic was Journalism and Democracy under Siege: How can we combat the threat of fake news and the rise of populism. Journalism students and members of the public were able to question Mr Keane via a link to London

Broadcaster Miriam O’Callaghan did manage to make it and has told the audience there is reason to be “positive” about the future of the industry.

“I know it is a difficult time for journalism, certainly the financial model is broken and there is lots of fake news going around, to use that terrible term honed by Donald Trump, but I still think it is a brilliant time to be going into journalism,” she said.

“It is a very exciting world, there is all the world of social media that can be used to our ends. The only advice I would give to all students is use all your social media, be enthusiastic, but facts are king, never ever run with a story until you know the facts are right.

“I work for a public service broadcaster and feel very privileged to do so, but I also think with that comes a lot of responsibility, which is why I am here today, because I think you should give back, but also because you need to always make sure your journalism is correct, fair, balanced and objective,” she added.

The conference was sponsored by the UL President Dr Des Fitzgerald’s UL Forum initiative, which was set up to engage public figures and academics of distinction in with the campus and external communities.

Head of Journalism at UL Mary Dundon said: “As we mark the milestone of 10 years of successful and well-regarded journalism programmes at UL, we are privileged to have these eminent speakers with us today.

“As a centre of exploration, analysis, learning and application, we want to address themes and topics of genuine public interest and we want to focus on issues of strategic importance. And there can be few more strategically important matters of concern to us in these challenging times than the role of the media and the need for ever-greater commitments by all those in the profession to speak truth to power and to ensure that our citizens are made aware of the truths that may be difficult and testing, but without which our societies will be gravely undermined,” she added.

“UL’s engagement with the wider world is a vital part of this institution’s educational and research endeavours,” she added.