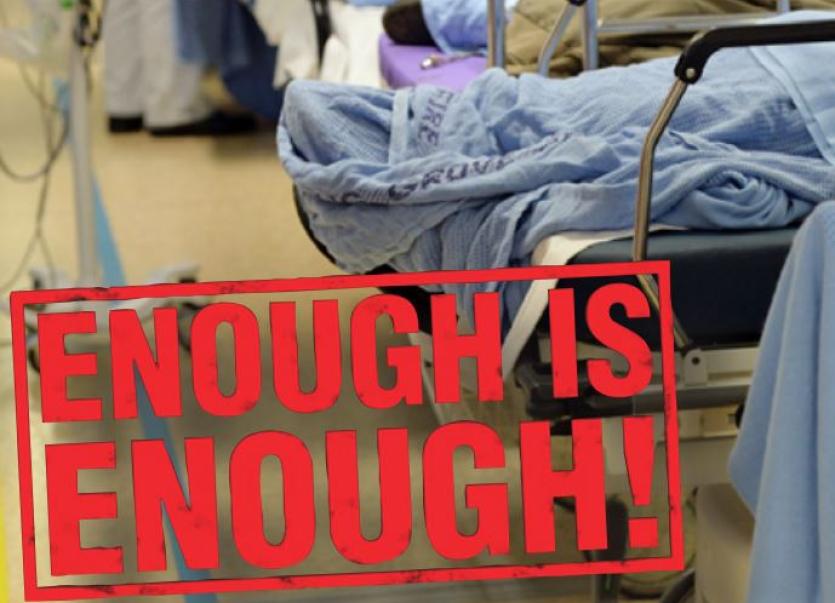 THE escalating overcrowding crisis at University Hospital Limerick has prompted the Limerick Leader to start a campaign to highlight the issue and ensure the spotlight is firmly on the situation until its given the attention it deserves.

Enough is Enough, Limerick Leader Spotlight on UHL Overcrowding, starts this week with the Leader vowing to publish the weekly trolley figures on the front page of the weekend editions until the sod is turned on the crucial 60-bed modular block and a commitment is given on an operation date for the project.

“The people of our city and county are growing extremely concerned at the situation within the emergency department, and rightly so,” commented Limerick Leader editor Eugene Phelan.

“The Limerick Leader has decided to take a stand and is putting the spotlight firmly on this crisis until the matter receives the attention it deserves. Limerick is clearly suffering from no longer having a voice at the Cabinet table so it’s up to the people to make their concerns known.”

In line with this, the Leader will begin a strong focus both online and in print next week enabling the public to have their say on the crisis.

When Leader reporter Fintan Walsh asked Taoiseach Leo Varadkar for his solutions to hospital overcrowding, the former Minister for Health responded: “Yes, it requires more resources, more staff, more beds. But we have had that for four years, now, in Limerick so clearly that is not enough. We’re going to need a different approach.”

The Taoiseach was speaking during a visit to Limerick city and county last Friday.