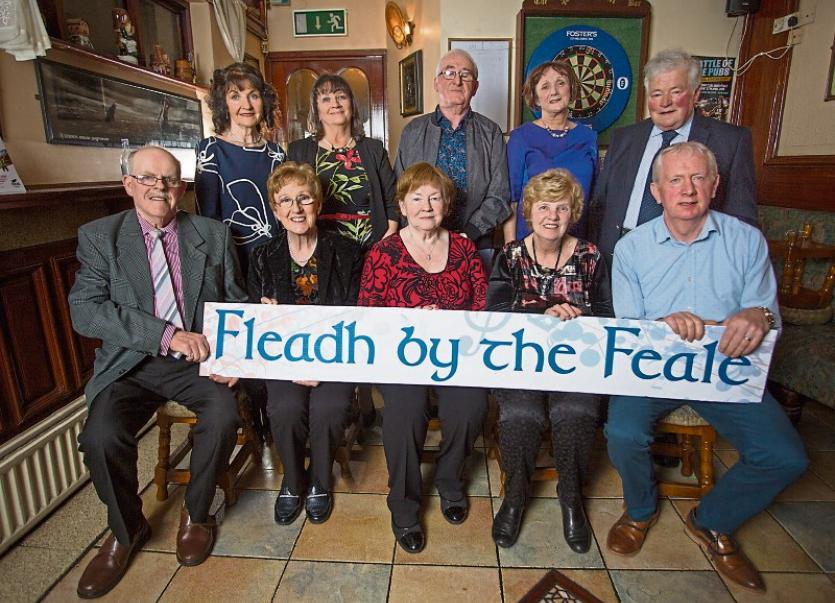 The return of the Kilfenora Ceili Band promises to be one of the highlights of the 25th renewal of Abbeyfeale’s Fleadh by the Feale.

The festival, which was launched at the weekend will see a fantastic programme of traditional music, song, dance and entertainment take place over the May Bank holiday weekend in the west Limerick town.

This year will see another great range of events, with the return of the Kilfenora Céilí Band show, taking place in Colaiste Íde agus Iosef on Sunday night, May 5 at 8pm bound to be popular.

Tickets for the concert are now available in various outlets in Abbeyfeale.

On Thursday, May 2, there will be an art competition prizegiving in the Library. As well as this there will be Oiche Gaelige in TJ O’Connell’s Bar

On Friday May 3, the streets will be alive with busking while the Wrenboys will also play on the Gig-Rig and a céilí will take place in the in the GAA Club.

On Saturday, May 4 there will be Workshops in Scoil Máthair Dé, a Youth Trad Session in Donal and Ann’s, Sliabh Luachra Session in Leen’s Hotel as well as entertainment on the Gig-Rig.

On Sunday May 5 there will be social dancing in the Square, storytelling in St Ita’s Hall a Sliabh Luachra Session, a tribute to Dan Murphy in DJ Murphy’s and the Kilfenora Céilí Band in Colaiste Íde agus Iosef.

On Monday May 6, there will be a céilí in the Square, entertainment on the Gig-Rig and the All-Ireland Bone Playing competitions.

Fleadh by the Feale was born as an idea in 1993, when Abbeyfeale hosted Fleadh Cheoil Luimnigh. This proved to be such a success, the also hosted the 1994 Fleadh Cheoil. Following this, the committee decided to organise its own traditional festival and so, in 1995, Fleadh by the Feale was born. Since then acts like the Kilfenora Ceili Band, Sharon Shannon, and Four Men and a Dog have graced the town.