Out of the West: Limerick company strikes new French deal 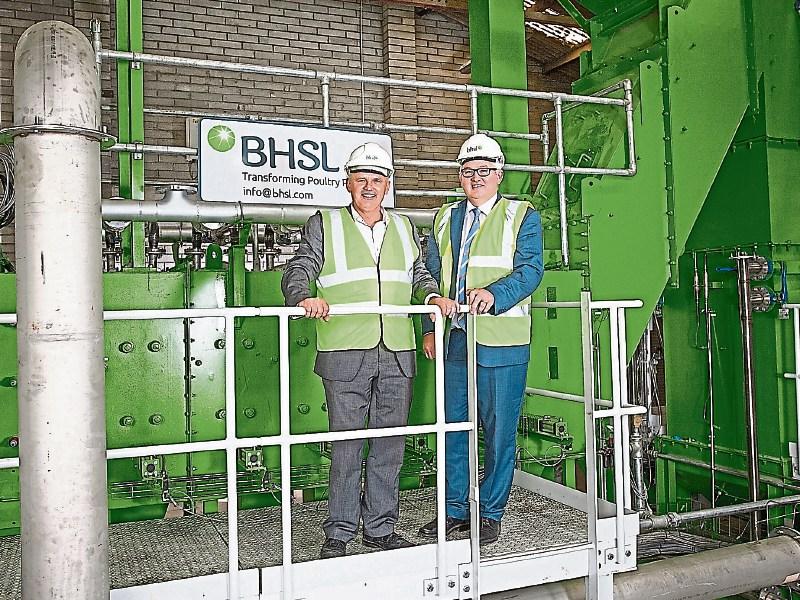 Jack and Declan O’Connor, founders of BHSL, now BHSL Hydro and based in Kantoher Business Park.

THE West Limerick success story that began on a family farm in Killeedy is now set for big expansion into the French and German waste-to-energy market.

BHSL Hydro, which started out converting poultry manure to energy on the O’Connor farm, has now agreed  a new €1.5m deal to sell its technology in France.

But up to 14 other deal opportunities are being followed up. At the weekend, Denis Brosnan, the company’s executive chairman, said the French deal was  the first of what the company hopes will be one of many deals to use its technology in what is a huge potential target market.

The 1.4 megawatt thermal plant at a fertiliser plant in Brittany, will burn digestate (or by-product) sourced from a large anaerobic digester located nearby, that processes a mixture of food waste, animal manure and waste water sludge, transforming it into biogas.

It will produce heat to help power the fertiliser plant, and an ash with high phosphorus and potassium content that can be used to make fertiliser pellets.

Given that there are  500 anaerobic digester facilities in France and 8,000 in Germany, two of BHSL-Hydro's target markets, the prospects for future growth for the company are excellent.  The Irish government also plans to build 300 anaerobic digester plans as part of its renewable energy strategy.

BHSL, which is a core tenant of the Kantoher Business Park, was founded by members of a local  family, Declan and Jack O’Connor, following the closure of Kantoher Poultry in 2005.

Glanway processes almost 10% of the 1.6m tonnes of municipal waste produced in Ireland each year, This is typically the organic waste disposed of by households, often in the brown recycling bin.