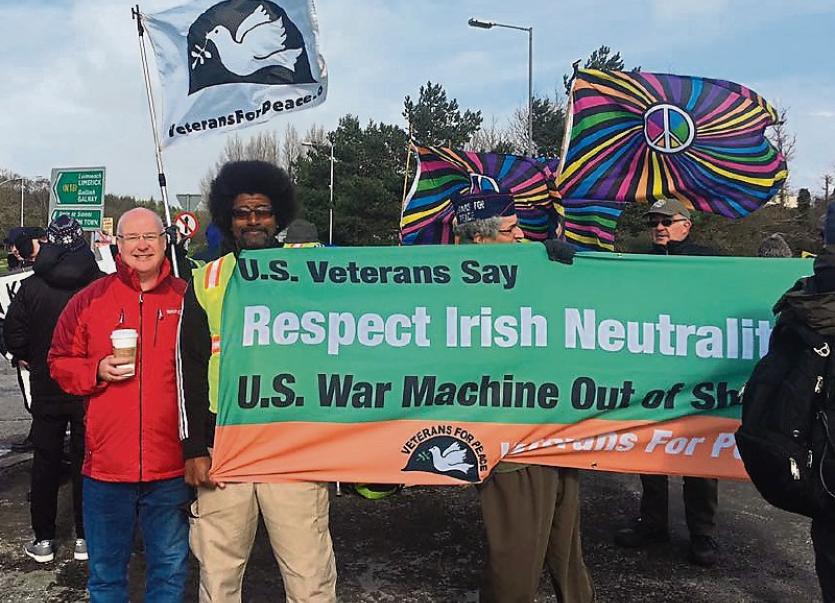 TWO men have been arrested after an alleged security breach at Shannon Airport earlier.

The pair, who are former American military soldiers, were arrested under the Air Navigation and Transport Act, suspect of breaching the airport perimeter in a bid to reach a civilian plane carrying around 300 US soldiers.

They are members of US Veterans for Peace - the group has been in Ireland in recent days giving public talks on the issue of Ireland's neutrality.

Sinn Fein Senator Paul Gavan has criticised the arrest of the pair, and urged their immediate release.

Mr Gavan, who was at the airport for a demonstration, said: “Gardai should be searching US Army Chartered Planes for weapons, rather than arresting peace activists.”

“The continued use of Shannon by US Forces is an affront to our country’s traditional stance of neutrality. It also implicates our country in the slaughter of innocent people by US military personnel in their ongoing imperialist wars in Iraq, Syria , and Afghanistan,” he added.