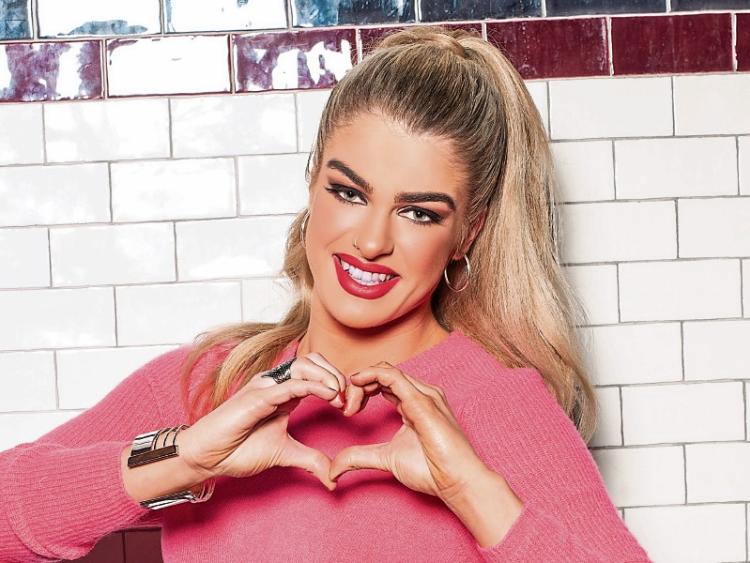 A FORMER Limerick Institute of Technology (LIT) student is to fly the flag for Ireland at this year’s Eurovision Song Contest.

Sarah McTernan, 25, will travel to Tel Aviv for the 2019 contest in May, after being selected by RTÉ as its entrant, with her song, entitled ‘22’.

Sarah, pictured, who hails from Scariff, Co Clare, studied music technology and production for a short time at the Moylish college back in 2012.

And there is excitement locally that she can win the glass microphone and bring the contest back to Ireland for the first time since 1997 after Eimear Quinn’s The Voice triumphed the previous year.

Speaking about being selected to represent Ireland, Sarah, who is currently in the Israeli capital to record for the show, said: “My mom, nana, family and friends are super excited for me – they’re shocked and very proud. I can’t wait to teach my biggest fan – my two-and-a-half year-old daughter Mia- all the lyrics to 22!”

Sarah, who also worked as a make-up artist in Brown Thomas on O’Connell Street, Limerick, came in third place in the fourth series of The Voice of Ireland in April 2015.

At her blind audition she sang “Who You Are“, and all four judges turned their chairs. Her coach and mentor was former S Club 7 star Rachel Stevens.

Irish head of delegation Michael Kealy added: “We received a huge amount of entries for this year thanks in part to Ryan O’Shaughnessy’s great performance in Lisbon last year. Sarah has an amazing voice which stood out the minute I heard it and she fits perfectly with our chosen song ‘22’. I think the Eurovision audience will love her, now it’s full steam ahead preparing for her performance in Tel Aviv.”

Sarah McTernan, who came third in The Voice of Ireland in 2015, will represent Ireland in this year's competition with a catchy song called 22 https://t.co/8OvPPr2kok via @RTE_Ents #Eurovision2019 pic.twitter.com/ev0XmtGLrd

It’s not Sarah’s first bid for Eurovision stardom – in 2017, she also attempted to represent the tiny nation of San Marino at the contest.​

Then, she entered a song called Eye of the Storm written by Swedish song writers and identical twin sisters Ylva and Linda Perssons.

The 2019 Eurovision Song Contest will take place between May 14 and 18, with Sarah performing in the second semi-final on Thursday, May 16.

The final of the contest will take place the following Saturday, May 18.

Britain has already qualified for the final, by virtue of the fact it is one of the biggest net contributors to the annual event.

They have entered ‘Bigger than us’ by Michael Rice.

Despite lean times recently, Ireland remains the most successful country to have entered Eurovision, with wins in 1970, 1980, 1987, 1992, 1994, 1994 and most recently in 1996 when Eimear Quinn’s The Voice triumphed.  This year’s contest is taking place against the backdrop of calls for a boycott of the competition due to alleged human rights abuses from the Israeli government.