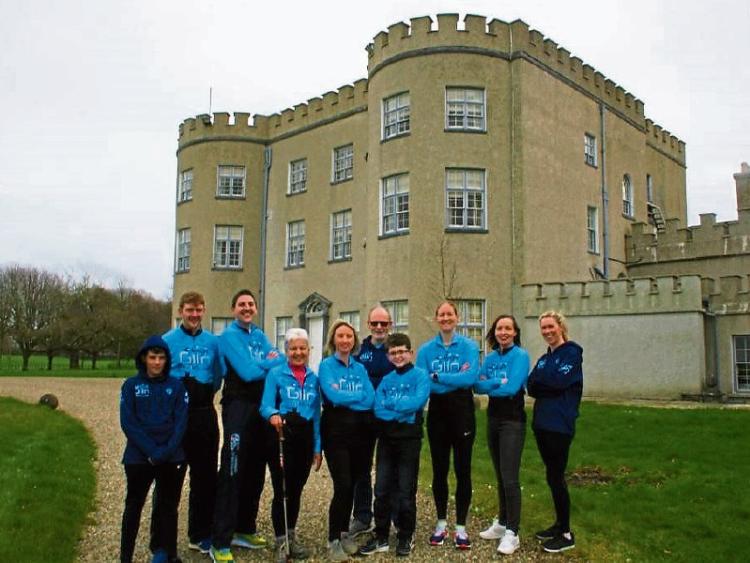 Members of Glin Triathlon Clulb ready to help this weekend

THE Glin Triathlon Club is keen to recruit new members. But, wisely, it is opting for a relatively easy introduction with a 5km run or walk next week.

The free, fun event, according to club PRO Anne O’Riordan will take place on one of the county’s most scenic trails, the Knight’s Walk but will also take in the grounds of Glin Castle.

And they are hoping that the event, on Saturday, March 16, will whet the appetite of newcomers and leave them wanting more.

“There will be an instructed warm up session at 10am to prepare for the main event,” Ms O’Riordan explained. “There will also be a shorter run for juniors paralleling what’s happening in Park Runs around the world.”

“Like the Park Runs, this is all about inclusiveness and wellbeing. We want as many people as possible to feel part of a real local community brought together by these events,” she added.

The Glin Triathlon Club is now in its third year, Ms O’Riordan continued, and members have built up a wealth of experience from competing in the accessible sprint distance triathlons right up to the more extreme Iron Man events.

“Glin is an amazing location with open water swimming from the pier, lots of long quiet secondary roads for walking and running and plenty of hills to build up stamina on the bike,” she added. One of the village’s gems, is the Knights Walk which is named after the late Desmond John Villiers FitzGerald, the 29th Knight of Glin. The trail is just under 4km but the view from the platform at the top of Tullyglass Hill offers panoramic views of the estuary and of surrounding counties.

There will be hot drinks and home-baked treats for sale at the end of the event.

Anyone wanting to take part should meet at the gates of Glin Castle at 10am. But, Ms O’Riordan added, the club is also offering winter warm up sessions including Turbo Bike Sessions, running workshops and nutrition talk. Open water swimming instruction and support will begin later in the year. . For more information go to www.GlinTriClub.ie.