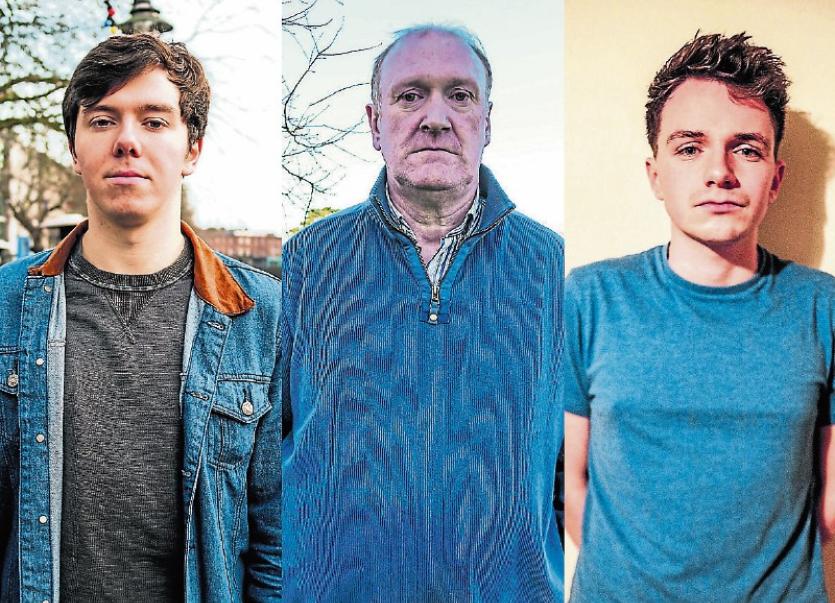 A PICTURE paints a thousand words, but what can it paint when those words are rarely spoken?

This is what Limerick based photographer, Eilis Walsh, wanted to discover when she set out to document the topic of men’s mental health and why it is a taboo subject.

Armed with a camera and a notepad, Eilis interviewed a number of men around the country. The Kilkenny native then asked them to open up about their own experiences with mental health as part of her series ‘You Are Not Just A Statistic’.

“I started this project because I wanted to get people to talk about men’s mental health. It stems from personal experience. Over the last few years I would have spent a lot of time with young men, around my age, who had very bad mental health for varying reasons,” Eilis explained.

“Out of everyone I know personally who has killed themselves, it has always been a man. I know that’s just my own experience, but it scared me.”

Eilis decided to focus on the issue of men’s mental health because she believes women are more open to discussing the subject.

“They used to say, ‘oh men don’t cry’, but I still think even now it is an issue. When I interviewed my Dad as part of this series, I did find it uncomfortable. I wasn’t used to hearing him be open about subjects like that.

“In Irish culture in the past, men were breadwinners. They couldn’t show any kind of weakness. To an extent it has changed, but there is still an underlying issue with ‘lad culture’ in Ireland,” she added.

Eilis took men from different backgrounds and cultures and has been sharing the images on social media, but this is the first time the images have been published.

If you happen to pick up the @Limerick_Leader this week, check out the feature of my photo series in the L2 section of the paper. Very exciting for me to see my work in print all over the county. Mental illness doesn't discriminate.https://t.co/w9bQdhzckq pic.twitter.com/wTIsymv359

One of the most striking participants in her series was Mike Egan, a 47-year-old heroin addict from Limerick city. Mike spoke to Eilis about his recovery from addiction and problem he had with his own mental health.

“I was addicted to opiates for twenty years in total. I would have been a functioning, secret heroin addict who was in the workplace. About a year ago, the medical advice I got was ‘keep doing what you’re doing for the next six months and you won’t be around,” Mike told Eilis.

“To be honest at the time, I was delighted. I thought, well, I haven’t had the courage to kill myself and I wanted to. To me, this was a get out of jail free card. But there was some sort of survival instinct, that brain that God gave us, whoever gave it to us, your brain fights you. As it turns out I am a year clean as of January 15,” he added.

Mike explained how he used heroin as a distraction from his own battles with mental health and the difficulties he faces even now that he is sober.

“A lot of people use drugs to distract themselves from serious issues they have in their lives. It numbs it. What they often don’t realise is it numbs other little things, cushions it. You might have had a problem with a tooth for ages, or a stomach ache. Then when you stop using, you realise the drugs were masking all the little problems you have and it comes back at you in a flood,” Mike said.

“Trying to deal with that all at once is like being reborn. Things like even going to the toilet. As an opiate addict, you rarely use the bathroom. So I had to get used to using the toilet every day. You have to assimilate back into society,” he added.

Another participant, Paul Jordan, opened up with his own mental demons.

“If my story resonates with someone else, shows someone else that another person out there is going through the same thing as them, then it’s worth opening up about,” Paul said, explaining his decision to talk about his own struggles.

“In February of 2013, I began contemplating suicide, I was 16. One night I couldn’t sleep, I got up, wrote a note and held on to it. A few days later I had the house to myself, I had my rope, I had my tree ready and I left the note on the kitchen table. I stood on a ledge for half an hour and contemplated whether I was going to do it or not.

“I decided I was going to do it and it would be all over but for some reason I backed off. I don’t know why I didn’t go ahead with it,” said the former University of Limerick student.

The whole project has opened Eilis’s eyes to her own struggles with mental health.

“I think with me, I started experiences mental health problems when I was about 16. I can’t fully pinpoint why, but I’ve always struggled with it,” said Eilis.

“There is an element of fear that people will judge me for it. They will see me as this damaged person and I feel that is present in a lot of men too. That fear of being judged keeps us quite,” he added.

Fantastic to see this series featured in the @Limerick_Leader. Props to @eilis_walsh for all that effort, worth every moment. pic.twitter.com/ag0QaaHChT

This is raw, real and exactly how mental health should be reported. Some great Limerick men included in it whom I greatly admire and are dead sound @hollywood_sims @leglesstweets pic.twitter.com/X9tVi8DjjA