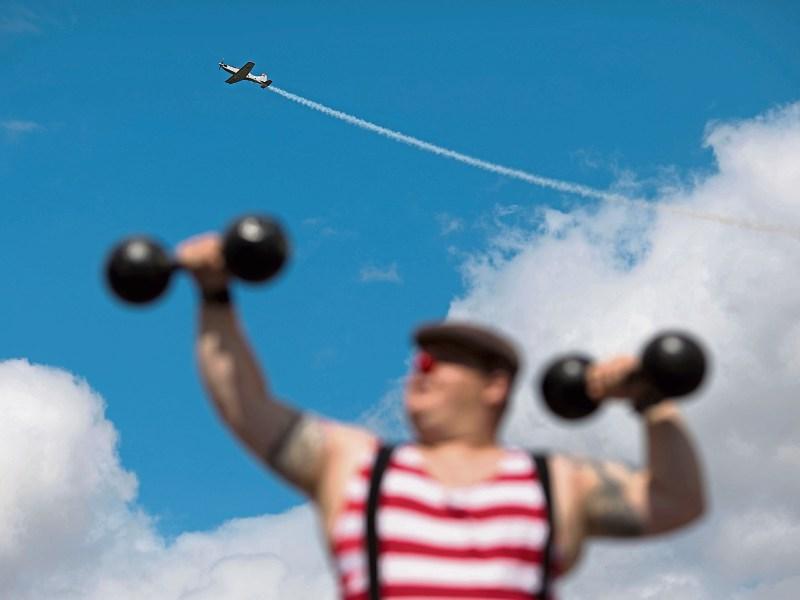 The Foynes Air Show has been running since 2014 and has attracted audience figures of up to 20,000 people. It has been estimated to be worth over €750,000 to the local community

LIMERICK City and County Council has met with the organisers of the Foynes Air Show in a bid to secure major sponsorship for the event in 2020.

The air show will not go ahead this year following the withdrawal of the Irish Aviation Authority as the main sponsor.

The Council said it met with the Foynes Air show Committee this Monday morning to discuss the decision of the IAA to withdraw its sponsorship of the event for 2019 and the impact this is having on the West Limerick economy.

It had been mooted at recent council meetings that the authority could step in and provide funding, but it has been confirmed this Monday that the parties have been agreed that there is “not sufficient time” between now and the summer to organise a quality air show for Foynes.

However, the search is now on to secure a headline sponsor or a group of sponsors so that the air show could return in 2020, on a sound financial footing and with plans in place for the future development of the event, a council spokesperson said.

The Foynes Air Show has been running since 2014 and has attracted audience figures of up to 20,000 people. It has been estimated to be worth over €750,000 to the local community.

The meeting took place today in the Council offices in Dooradoyle with Mayor James Collins, Cathaoirleach of the Municipal District of Adare-Rathkeale, Cllr Adam Teskey and Director of Social Development Gordon Daly, meeting with Margaret O’Shaughnessy and Brian Cullen of the Foynes Air Show.

“While it is most disappointing that the air show is not taking place this year, I’m glad that plans are being drawn up to help secure a sponsor for future years. It is important that Foynes remains at the heart of aviation history in Ireland,” said Mayor Collins.

Margaret O’Shaughnessy from the Foynes Air Show Committee said: the meeting was “very thorough and constructive and we were delighted the council facilitated it.

“We were disappointed with the loss of our major sponsor, but following the meeting we are going to renew our efforts to secure funding for the event next year.

“The event has been a huge success for Foynes and businesses have counted on it over the past number of years. We want that success again and we want to be able to grow the festival,” she added.

“The funding of €20,000 that was committed for this year by the Council will now be allocated to the summer celebration of the arrival of the first commercial passenger flight and the official opening of the Foynes Flying Boat and Maritime Museum and we look forward to this important event.”