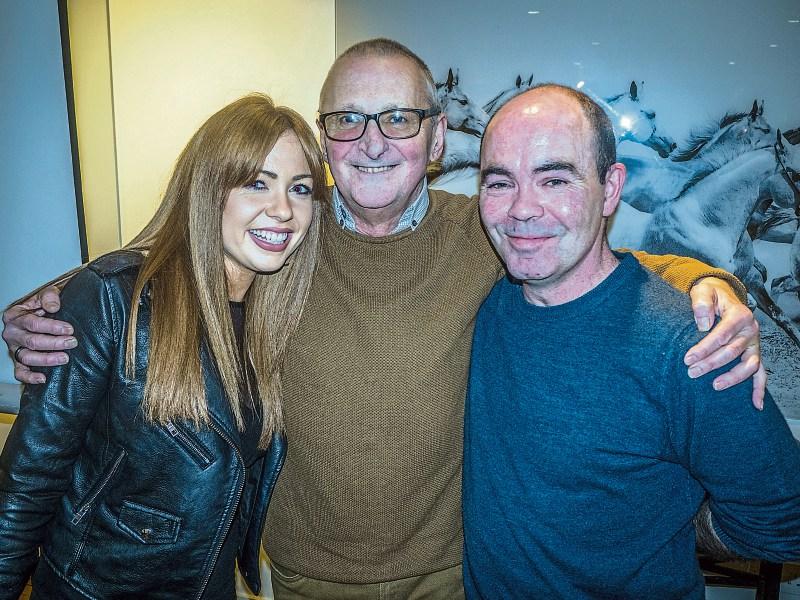 BROWN Thomas in Limerick won’t be the same following display manager Val Holmes’ retirement after 45 years with the store.

Val gleefully recalls getting the job, way back in 1974.

“I loved it,” he smiles. “I thought I was going for a job as sales assistant and it turned out to be working with displays. I didn’t know anything about displays!”

His keen eye for observation was  key to working with displays, according to Val.

Reflecting on his early years in the job, he said: “I didn’t find it too hard. Well I must have been good at it, they made me display manager four years later in 1978, I was doing something right!”

His promotion also meant he then had weekends off, which he “couldn’t believe” at the time.

In those very early years when Val first got the job, for which he received no high tech training,  he was kept in line by two co-workers in particular, his sisters!

And 45 years later, he considers many staff members to be like his family.  This was reflected in the send -off he received following his retirement. “We had a bit of a party upstairs in Brown Thomas last week. It was great to see everybody and to hear their well wishes. We’ve been like family over the years. It was great to see everybody” said Val who hails from Prospect.

He worked with people from all departments as part of his role as display manager, something he feels very fortunate to have done.

“You get to meet so many nice people, co-workers and customers,  they always see you in and out of the window.”

Customers who had got wind of his plans to retire had been coming up to him in recent weeks wishing him luck.

Christmas window displays have always been a highlight for Val, particularly those in the early days of the 70s and 80s.

“The first animation windows were great.  We used to rent props for the windows from over in Manchester. I’d go over for two or three days and get them.  The excitement would be great when I brought them back”, he recalled. He loved seeing the children’s reactions to the windows.

Val explained that the reality of  retirement  “hasn’t hit him yet” but when the dust settles, one thing he’d love to do is travel the world.

“I always loved my holidays, I love the sun and I’d love to see some more of the world.”

One suspects, however, he’ll  be back to inspect next year’s Christmas window display.

Following Val will be not be easy, however he  wishes his successor “all the luck in the world” and should they last half as long as Val, they won’t be doing too bad.