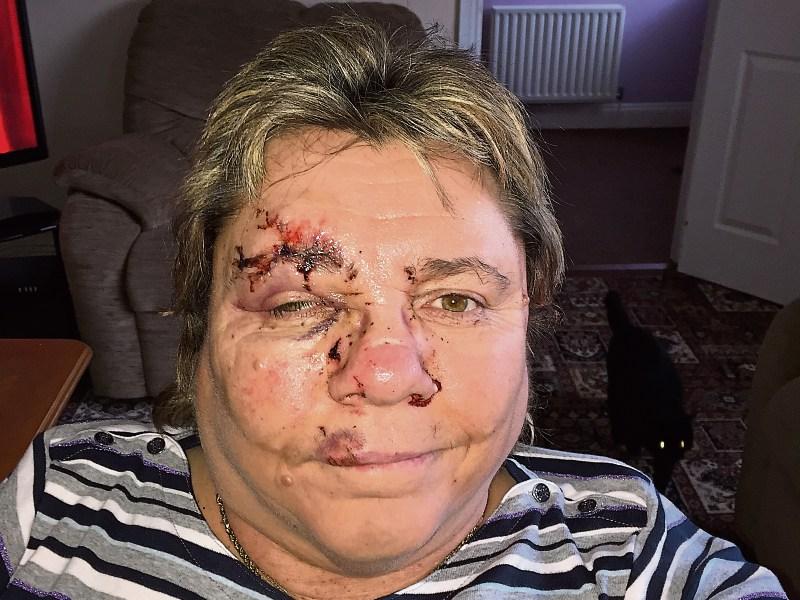 Limerick woman Leith Gath, who is a wheelchair user, was struck outside University Hospital Limerick

A WHEELCHAIR user with limited mobility has warned the council about a pedestrian crossing outside University Hospital Limerick where a car struck her and she had “no way of protecting my face from hitting the ground”.

Thalidomide survivor Leith Gath, from Pallaskenry, was struck by a car on the morning of January 25 while she was on the inbound lane of the pedestrian crossing on St Nessan’s Road outside the hospital in Dooradoyle.

A spokesperson for Limerick City and County Council said that they were made aware of the incident this month, and will investigate the matter “to see what action, if any needs, to be taken”.

Ms Gath, who works in the Vocational Training Centre across from UHL, said she was crossing the road when she noticed that a car coming from the Raheen side was not slowing down.

“I was flung out of the chair onto the ground on my head, and I felt my head hit the ground. Then I knew nothing else until I was being taken out of the ambulance at the hospital.

“I don’t have arms or legs, so I had no way of protecting my face from hitting the ground,” she told the Limerick Leader.

The 56-year-old said the car crash left her unconscious. She was taken to resuscitation in the emergency department at UHL and was “very quickly” X-rayed and CT-scanned “from head-to-toe”.  She then received an MRI scan, she said.

“Because my body is so different than everybody else’s, that was the only way they could tell what was damaged and what wasn’t.”

Leith suffered a cracked pelvis, fractured nose, bruising to her lower body and had to get 15 stitches above her eye.

At the time of the interview, she was unable to transfer from the chair to anywhere independently, and needed assistance going to the bathroom and showering, and was unable to drive due to her pelvic injury.

She added: “I haven’t slept in my own bed since this happened, but I am hoping to be back in the bed this weekend. I have been sleeping, sitting up, in the recliner for the last few weeks because I am not able to lie flat.”

Ms Gath said she contacted the council twice about the matter and, at the time of going to print, did not receive a reply.

She is now calling on the council to implement road safety measures on St Nessan’s Road.

“The thing that needs to happen here is, and it’s not so much about what happened to me, but I have had four or five near misses at that crossing, and I know that other people have as well. Really, what scares me is the fact, there’s nowhere around that crossing, as far as I am aware, that says ‘hospital’ or the sign that shows that there is old people crossing the road, or that there is a flashing light telling the speed limit. There is nothing there to attract a motorist’s attention to stop,” she claimed.

“I would like them to do something to take responsibility that somebody is going to get killed there.”