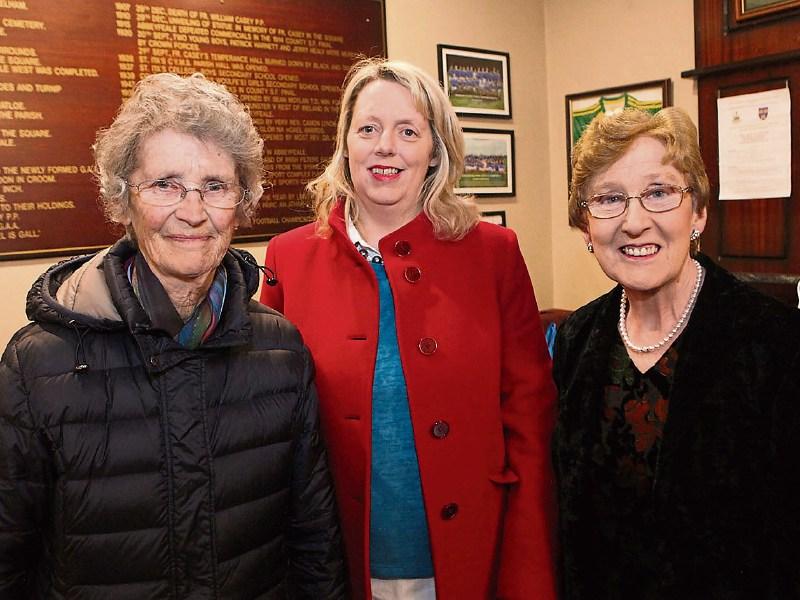 MORE than half a century after Abbeyfeale laid claim, not once but twice, to the title of “the most Irish speaking town in Ireland outside the Gaeltacht,” there is a new energy abroad in the town to rekindle interest in Irish as a spoken language.

And things got off to a lively start with the holding of an inaugural Tionól to help celebrate the language.

For the organisers, the newly re-established coiste of Conradh na Gaeilge, it was an occasion to mark 50 years since the national ardfheis of the organisation was held in the town. But, perhaps more crucially, it was their chance to re-ignite interest.

“It was,” said Dónal O’Murchú, one of the Tionól organisers, “a brilliant weekend”.

They were, he added, thar a bheith sásta, with the audiences that turned up for the different events on the programme. And they were particularly pleased that some 32 people have now signed up to take part in a regular Coirceal Comhrá.

One of the biggest draws of the weekend was for Séamus O’Coiléain, a native of Athea who  lectures in Aistriuchán at NUIG. Séamus’ particular study has been of the Irish words that peppered the accounts given by Athea people  to the Irish Folklore Commission of the 1930s and 1940s.

Speaking afterwards to the Limerick Leader, Séamus explained that census figures for 1851 showed that over 50% of people in West Limerick, particularly in the uplands and border areas of West Limerick, still spoke Irish. By the early 1900s, he reckoned, this had dropped to 20%.

But he pointed out, the use of Irish words continued even as English took hold and many of these words have come down to the present generations.

“People might not always have realised they are Irish words or they never had an English word for the same thing,” he explained, “but people were still using the last remnants of Irish.”

West Limerick, he continued, had words that were peculiarly its own, many of which he shared with his audience in the Fr Casey’s GAA Club in Abbeyfeale at the weekend. But to his great joy, people attending the lecture were able to come up with some new ones.

“When people think about Irish now, young people or even older people, they think about other places. They don’t look at we have ourselves, what we did have. They look to Connemara or West Kerry. But in actual fact, we have all these words and stories from practically every parish in Limerick.”

That rich store of material is there from the 1930s and 1940s, he pointed out, and he would like to see that material being used back at local level.

“We had a strong tradition,” he said.

The stories in particular, should be used, he argued, as they could help people find their way back into the language.