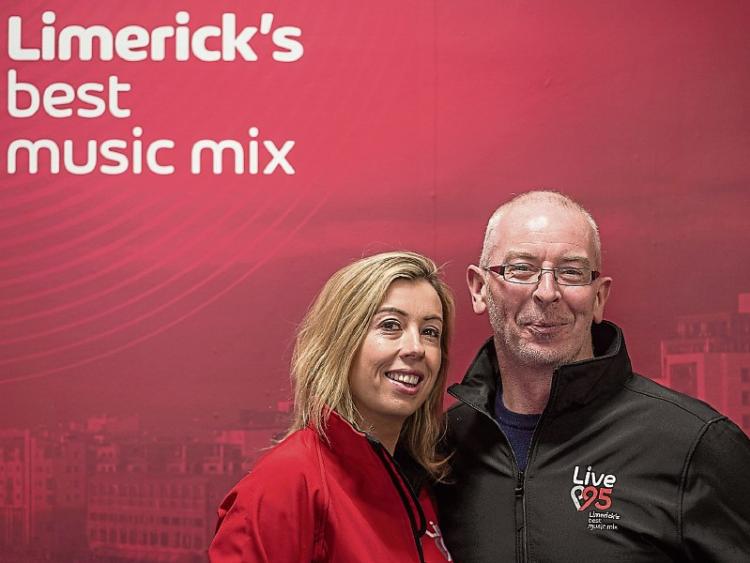 LIMERICK’S most listened-to radio station launched a new look to coincide with the latest radio listenership figures which has just been published.

According to the latest JNLR/Ipsos MRBI survey, Live 95 had a 32.3% market share in Limerick at the end of December 2018 – a marginal increase compared to 2017.

In addition, the figures show that 39% of those aged over 15 in Limerick listen to the radio station at least once every weekday while more than 100,000 people across the city and county tune in to Live 95 every week.

“We are pleased and proud to have maintained our position as the most listened to radio station in Limerick. The power of radio in general is obvious from this survey, showing 82% of Limerick people are tuning-in to a radio station every day. We are honoured to play our part and serve the people of Limerick - they are at the forefront of everything we do on a daily basis,” said Joe Nash, Live 95’s station director.

“I also want to sincerely thank the team – both on the air and behind the scenes –  here at the radio station, whose ability and hard work continue to deliver a service that the listeners of Limerick tune-in to, in significant numbers and thanks are also due to our loyal advertisers, for their continuing support,” he added.

Julie White, Live 95’s sales and marketing manager, said everyone at the radio station, which is part of the Wireless Group, is excited by the new look and sound which has just been revealed following months of preparation.

“We are really excited about the station’s new look. It reflects our place at the heart of the Limerick community and our ongoing commitment to provide the best service to a modern, confident Limerick,” she said.