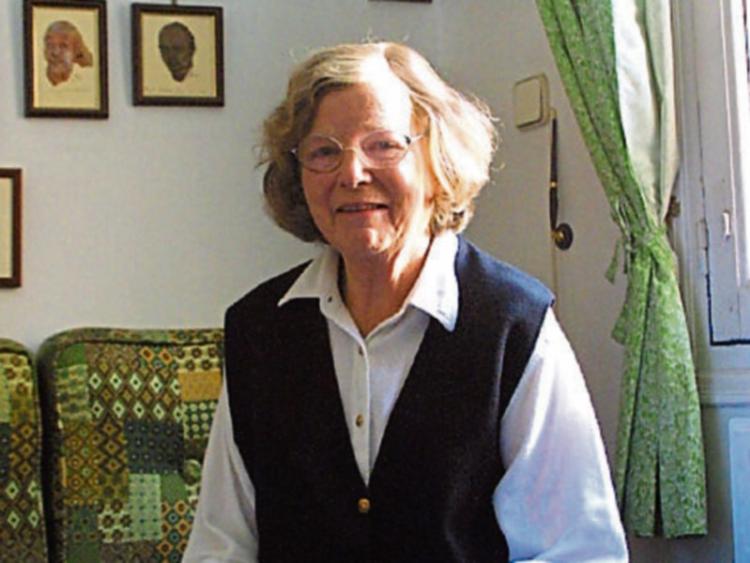 Activist and scholar Pamela O’Malley, who sadly died in 2006, is to be remembered in Madrid with a street being named after her

A FAMOUS Limerick activist has had a street named after her in the Spanish capital of Madrid.

Madrid Council have named a thoroughfare Calle Pamela O'Malley after the city woman, who sadly passed away in 2006.

“The people who walk this street, now and for generations to come, will look up and see Pamela's name on a sign in Madrid. They may even explore further and learn how she dedicated her life to its people through educational, humanistic and political activism,” said Limerick poet John Liddy whois based in Madrid.

Her friends and family are planning a celebration event to coincide with her birthday on July 12 next.

She becomes the second local woman to be immortalised on a street in the Iberian Peninsula, with poet Kate O’Brien honoured with a Calle in Avila, a city in the rolling hills north of Madrid.

A marvellous raconteur, Pamela lived with her lover Gainor Crist, at a time when cohabitation outside wedlock was frowned upon.

The couple went to London in 1952, before moving to Barcelona two years later. The pair got married in Gibraltar and made their final home in Madrid.

Sadly, her husband died in 1964, and Pamela never remarried. She became a respected and beloved teacher at the British School. Many of her pupils were the children of prominent Francoists, but she was attracted to the opposition, and was soon a significant figure in the illegal Communist Party of Spain.

A founding member of the communist backed Workers Commission, Pamela was charged with distribution of community propaganda and sentenced to six months in jail. Later in her life, she worked for Spanish peace group, the Asamblea de Cooperación por la Paz, of which she was president at the time of her death.

She was granted a doctorate for a thesis on education in the Franco period and edited a book on education reform.