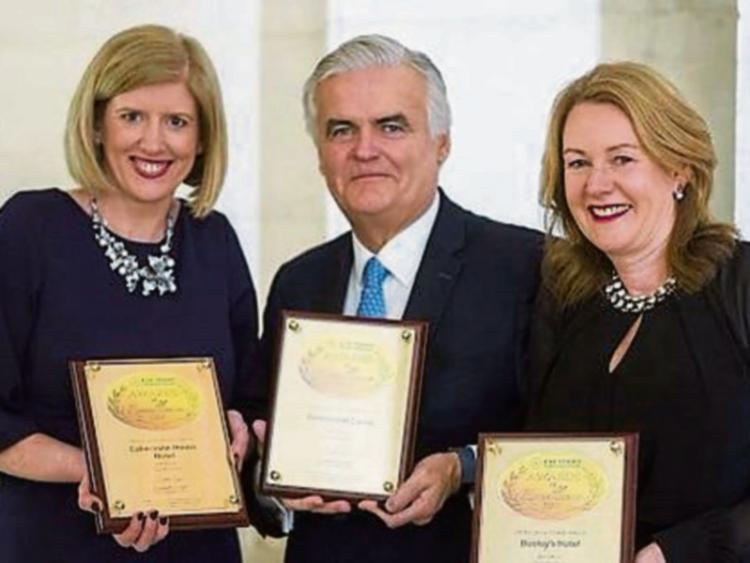 STAFF at a popular mid-western hotel were celebrating this week after winning a gold standard award for excellence.

Dromoland Castle at Newmarket-on-Fergus, was named the best five-star hotel at the CIE Tours international annual awards of excellence which took place in Dublin’s City Hall.

Now in its 29th year, the annual awards of excellence recognise the best hotels and attractions across Ireland.

Dromoland Castle was chosen as the best five-star hotel according to customer feedback from a very substantial 32,000 plus customer surveys.

Mark Nolan, managing director of Dromoland Castle, said of the win: “We are delighted to receive such a prestigious award.

“In 2018 we invested €20m into the castle, which has now combined all the modern luxuries expected of a five-star property with the unique and historical elements Dromoland Castle has to offer.

“This award is very much a testament to the staff of Dromoland, providing the highest standard of service”.

At present, the Clare hotel employs some 400 people.

Built in the 16th century, Dromoland Castle is set on the shores of Lough Dromoland, and has 97 guest rooms, while its sister property, the Inn at Dromoland located on 21 adjacent acres, features 150 rooms and a banqueting centre hosting up to 400 guests.