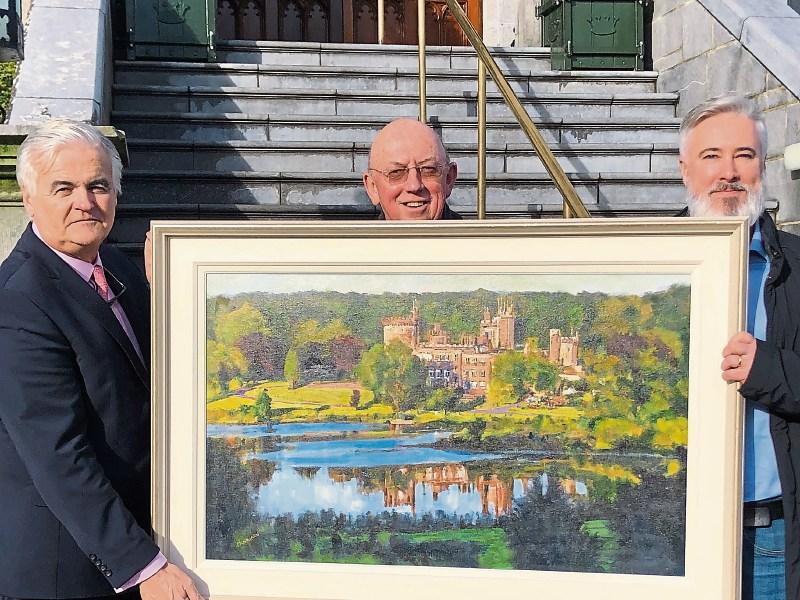 FORMER St Munchin’s College student Michael Hanrahan, who has paintings hanging next to works by Rembrandt, Caravaggio and Rubens in Buckingham Palace has just completed a magnificent painting of Dromoland Castle, which has been snapped up a Limerick art enthusiast.

It took Michael six weeks to complete the work and the painting was snapped up by Limerick businessman Frank Reeves. It will hang in his office in Castletroy.

Michael has built up quite a reputation in the art world with three paintings in the Royal Collection in Buckingham Palace. He is the only living Irish artist with work in the Queen’s collection. His creations also hang in The White House in Washington DC and The Kennedy Library in Boston, Hillsborough Castle in Northern Ireland and Áras an Uachtaráin.

Michael has a studio and gallery in Ennistymon and he is already planning to capture on canvas the action at the Irish Open in Lahinch next July.

“I have many friends in Limerick from my old school days and love coming up to Limerick to meet up. I am a keen golfer and member of Lahinch which has a very big Limerick membership and we are all looking forward to the Irish Open next July,” he explained.