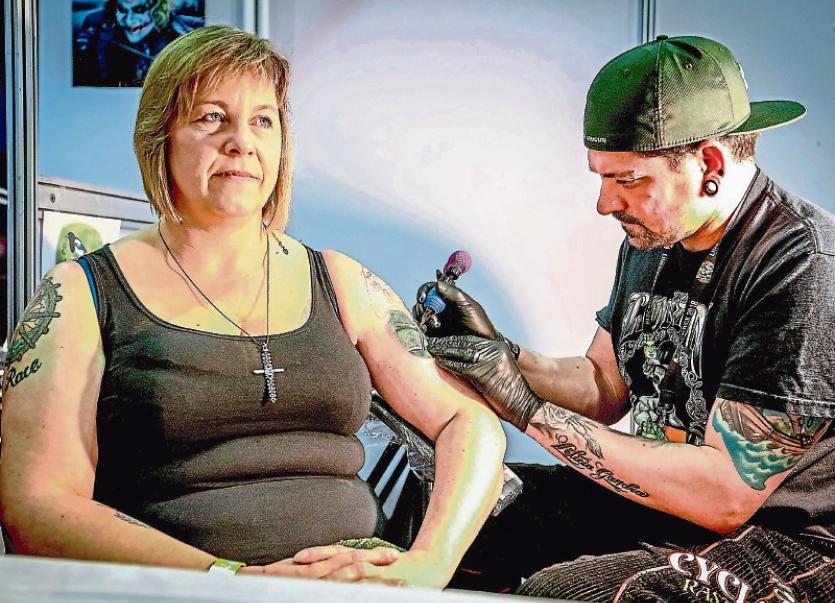 MORE than 110 tattoo artists will be bringing the ink to the city for the annual Limerick Tattoo Convention in late March.

Attracting more than 1,500 visitors on March 23 and 24, this year’s convention will host some of the world’s most renowned tattooists at the Great National South Court Hotel, in Raheen.

Convention co-organiser and Limerick native Roy Keane explained that the convention’s success has been down to targets set.

“Limerick was probably the largest urban centre that didn’t have a convention in Ireland. Along with co organisers Sylvia Butkiewicz and Thomas Skwara, we wanted to address that and bring back the best of what we had seen at conventions around the world but on a smaller level, of course.”

“So, when we set about pulling the first two conventions together, we really wanted to raise the bar as high as we could and make sure our event in Limerick would be different and ultimately, better than any other convention here.  We did so principally by bringing in some of the best known artists in the world and it worked.”

This year’s event see artists from 26 countries attending, among them some of the best known tattooists in the world.

These include Luke Sayer, winner of E4’s Tattoo Artist of the Year; Nikki Simpson of US reality TV show Inkmaster and star of Paramount’s ‘Ink Master Angels’ TV series along with Josh Payne and Teej Poole also from the big TV show.