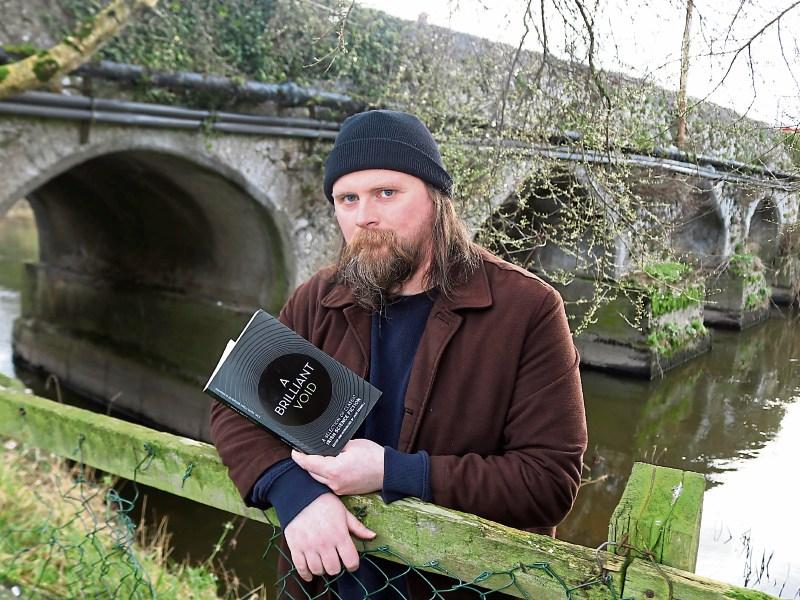 WHEN the World Science Fiction Convention or Worldcon comes to Dublin for the first time in its history in August, Jack Fennell from Rathkeale will be there. And loving every minute of it.

Jack, who holds a PhD from UL, has done more than most to excavate and mine the world of Irish science fiction and is the author of a ground-breaking book on the subject. He is also the compiler and editor of a widely-praised anthology of Irish science fiction stories published by Tramp Press before Christmas which is likely to prove very popular.

“What I would argue is that good science fiction is a bit like listening to jazz,” he says. “You have to let it wash over you. It kind of bombards you, drops you into an unfamiliar place. It engages the problem-solving part of your brain and has applications far outside what you read for pleasure.”

He is only too well aware that science fiction is not well regarded in some quarters. Science fiction, he says, is not considered ‘literature’ by people who should really know better. And he has been disheartened at times “to see the Irish literati fall into that trap as well”.

And he points to Irish literary history, to Jonathan Swift’s Gulliver’s Travels, to Oscar Wilde’s Doran Gray and to Bram Stoker’s Dracula as evidence.

Science fiction, Jack argues, is about making the imaginative leap but with an inner logic. “In science fiction, anything can happen given enough time.  It teaches you to look for the underlying logic, that somewhere there is a structure. If I pay attention, I will understand.”

A century ago, for example,  anybody using the then telephones would have regarded as preposterous the idea of a smart-phone turning on an oven from miles away. And the ‘time-phone’ idea is one that Jack uses often to explain science fiction.

His own love affair with the genre began in childhood and he grew up, he explains, convinced that rural Ireland was just as likely a destination for aliens as anywhere else in the world. Consequently,  the idea of an Irish science fiction was never ‘alien’ to him and in time, it became a major interest.

It happened in stages.

His love of literature generally brought him first to a degree in Language and Cultural Studies at UL  but then, for his MA, he worked on Monsters and the Grotesque, picking different authors and looking at how they used monsters in their work.

His initial idea was to write a comprehensive overview of Irish science fiction.

“I thought that I had picked a nice handy topic,” he laughs. “I thought there couldn’t be that many Irish science fiction novels and short stories out there, and whatever amount there was, must be very recent.”

Instead, he discovered a rich seam of work, much of it forgotten or overlooked and he had to cut back his scope. His research however  earned him a PhD and subsequently a book, Irish Science Fiction published by Liverpool Press, a book which he stresses is not an encyclopedia.

“It is an academic book and there was a flurry of interest to begin with,” Jack explains. “Of course, there were comments such as ‘why didn’t you include so and so?’” But, he adds with a wry grin: “I knew it was going to start arguments.”

Many of those arguments, thrashed out with relish by both academics and sci-fi fans,  centre on what is Irish science fiction and who can be regarded as an ‘Irish’ sci-fi writer.

“If Irish people write sci-fi is it really Irish or just Irish writers aping English or American writers?  Is a writer who lives in Ireland a Irish sci-fi writer or does being set in Ireland make it Irish sci-fi?” Jack asks.

“To the uninitiated, the idea of Irish science fiction seems slightly odd; the country’s culture is generally assumed to be more invested in the past than the future, and to value the fantastic over the supposedly rational,” he explains. Not so, he argues. And he believes the large amount of material that has been turned up and that keeps turning up, proves otherwise. It is something he welcomes.

“It is brilliant that it is there. It shows we are not totally fixated on the past, on the stereotypes and cliches of past literature,” he says.

And he hopes that his latest undertaking, A Brilliant Void: A selection of Classic Irish Science Fiction will go some way towards changing that perception. Perhaps even more so, he hopes it will convince the sceptical that the work should be regarded as literary in its own right. Putting the anthology together was a labour of love, following an approach from Tramp Press.

“They had been looking for a while to publish something in Science Fiction or Special Fiction,” Jack explains. “They were interested in an anthology and I immediately said yes.”

He researched for a year, making his selections.

“Historically, the majority of writers in science fiction  have been men. But there are significant numbers of women writers as well, although women are sometimes sidelined.

“I was despairing of finding more women writers to include in the anthology and thought we might have to broaden the book,” he continues. But he discovered that a lot of women writers had been mislabelled, categorised quite often under fairy tales. He discovered also that there was “quite a bit of Irish language science fiction too” and he has translated some stories himself and included them in the anthology.

A Brilliant Void  was launched in December as part of Tramp Press’s Recovered Voices series and, happily for Jack, has received good reviews. Meanwhile, Dr Jack Fennell is looking forward to attending WorldCon in Dublin, with its huge numbers of sci-fi writers and thousands of fans.

“I will always champion the stuff,” he says.

A Brilliant Void: A selection of classic Irish Science Fiction, published by Tramp Press, is available in local bookshops or online.