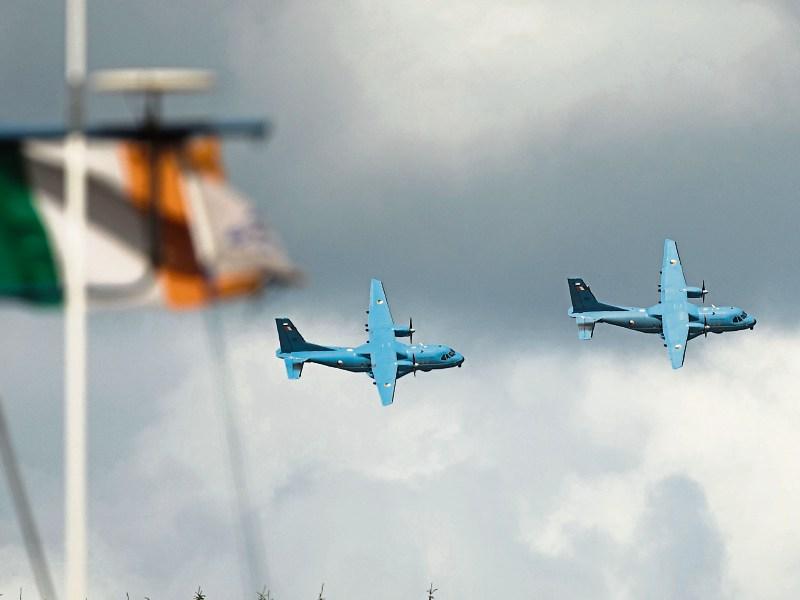 MINISTER of State Patrick O’Donovan is seeking a meeting with the Irish Aviation Authority (IAA) following the announcement that the authority had withdrawn as the main sponsor of the Foynes Air Show.

Show director, Margaret O’Shaughnessy announced on Tuesday that the air spectacular would not be going ahead this year. The withdrawal of the IAA sponsorship and the difficulty in finding a new sponsor at short notice had forced the cancellation, she said.

“The disappointment has been compounded by the fact that this year is a big year for the Foynes Flying Boat and Maritime Museum as it celebrates its 30th birthday on July 8, and we also mark the 80th anniversary of the first commercial passenger flight over the Atlantic this year,” Ms O’Shaughnessy said.

“I have written to the IAA looking for a meeting to see what their proposals would be on an ongoing basis regarding their presence in the Mid-West,” he said. He also wants to ascertain if a strategy could be put in place for 2020 and beyond.

But, he pointed out, Limerick City and County Council has a significant budget for festivals. A lot of the major events funded by the council  such as the St Patrick’s Day Festival and the summer festivals are “pretty much city oriented”, he said.

“Are there locations outside the city centre where they could invest to a greater degree?” he asked. It is also something, he hoped, would be addressed in the council’s new tourism strategy.

Meanwhile, Ms O’Shaughnessy expressed her deep disappointment at having to cancel the air show after five years, a show that last year attracted some 20,000 spectators and was worth an estimated €750,000 to the local economy.

The IAA sponsorship, which covered all in-the-sky action, was worth an estimated €100,000 to Foynes in a joint deal with Bray Air Show and the show overall cost an estimated €200,000.

When the IAA notified them in December that they had reviewed their Corporate Social Responsibility remit and were withdrawing their sponsorship, Ms O’Shaughnessy said they took a long, hard look at what could feasibly be cut out.

“We contacted all the other sponsors but there was still too big a deficit between what we could get in and what it would cost,” she said.