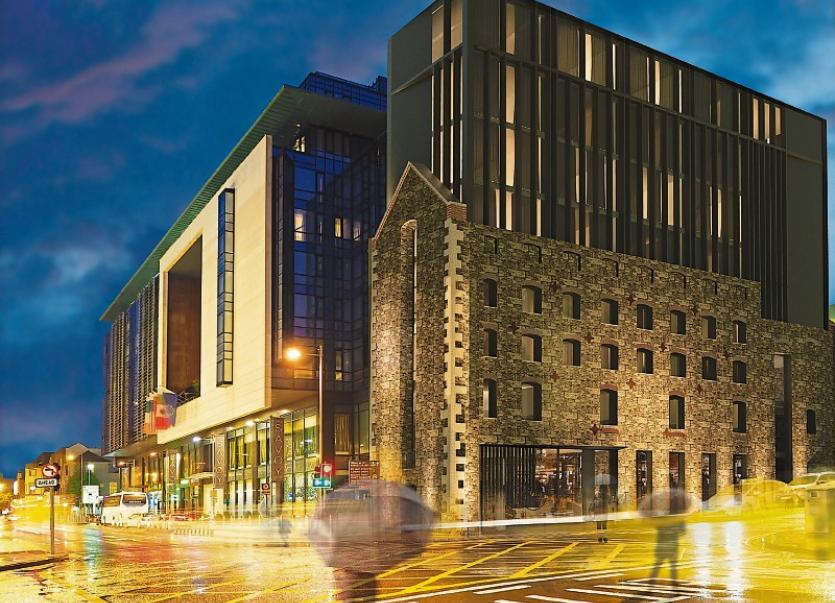 An impression of the Savoy Hotel’s expansion, which has been given the go-ahead Image: Healy Partners Architects

THE Savoy Hotel in Limerick has received the planning green light for an ambitious €8m expansion programme.

Up to 75 building roles and 25 permanent jobs look set to be created after council planners gave the go-ahead for the city’s only five-star hotel to expand into the neighbouring Mill Building, a move which will see it up its room capacity by 35 giving it a grand total of 129 rooms.

Hotel manager Ronan Branigan revealed that meetings will commence this week to get work under way.

“With a building like this, it requires such care, attention and love. It has been there so long, and is part of the heritage of Limerick City. It needs every bit of rigour around how it is kept and minded. We are minding it and passing it onto some future generation who we expect will do the same,” he said.

An Bord Pleanala previously gave the go-ahead to the hotel to rise up only six floors above the old Mill Building, as opposed to the seven storeys hotel bosses wanted.

This would have cost the hotel five rooms. So, management came back with a fresh proposal to incorporate five bedrooms on the first floor level instead.

There will be commercial units at ground level, including a European-style brasserie, while a new connection will be built between the Mill Building and the existing hotel via a bridge.  Other slight modifications will also be included.

City businesswoman Helen O’Donnell said: “This is great news. It’s a pity it has been held up. We have a lot of good places, but we need more. Hospitality is so important for the city to survive. It’s even better news for the fact there will be more staff employed.”

There was one objection to the revised proposal.

Despite this, council gave the development the go-ahead subject to five conditions. These include a stipulation the applicant provides full details of footpath works on Shannon Street – where a new hotel entrance will be built – as well as full details of proposed canopies and signage, with neon signs not allowed.

A proposed metal railing on Henry Street fronting the smoking area is also not permitted.