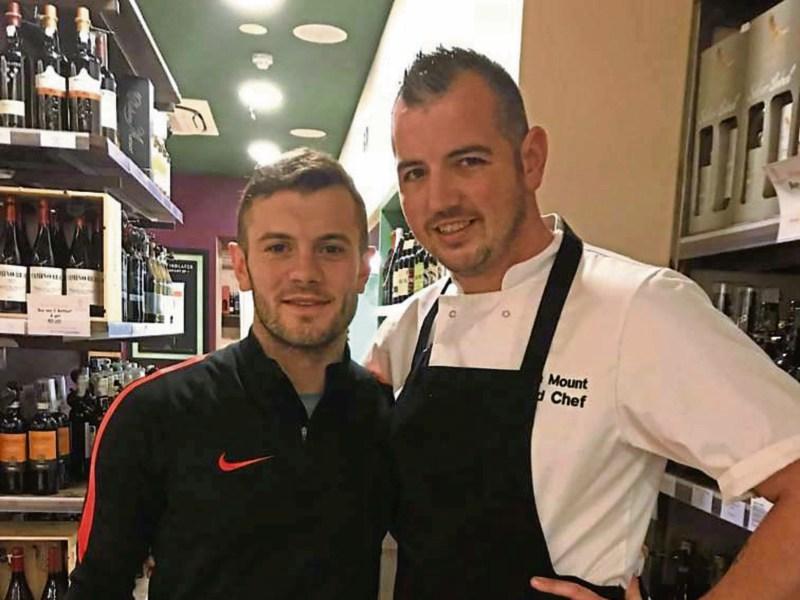 THE STAFF at Alex Findlater & Company in Limerick received an extra special surprise when English soccer star, Jack Wilshere, paid them a visit.

The West Ham and former Arsenal star called into the O’Connell Street restaurant, much to the delight of the restaurant’s head chef John Mount.

“It was a massive privilege. I’m a massive soccer fan. First of all, he knew my name, and then he wished me a happy birthday. I can honestly say it’s one of the highlights of my career,” John said.

“I was very nervous. He actually made a joke that I was shaking,” John added.

John said that Wilshere has come to the restaurant a number of times to sample the healthy options on the menu.

“It feels like he’s become a bit of a regular when he’s over. It’s great to see. When someone like Jack comes in it gives everyone a huge lift and a great sense of pride,” John said.

“He’s a fan of some of the healthy options. We have such a wide range. I’m a qualified dietician so I know exactly what he’s looking for in a meal,” he added.

Wilshere was also pictured in recent weeks at Gleeson’s Sports Scene in William Street, where he was shopping with a friend who is from Limerick.

Wilshere, who now plays for fellow London club West Ham United, is out with an ankle injury, and is spending a few days on Shannonside while he recovers.

The former Arsenal midfielder previously made headlines in Limerick when he gave his backing to Airtricity League star Shane Tracy formerly of Limerick FC to make it to the cover of a special edition of EA's FIFA 14 for Ireland.

Tracy's sister played for the Arsenal women's side, and Shane himself played for the youth team and reserves at the London side, before returning to ply his trade in Limerick.

During his time, Tracy played with other Arsenal players such as Nicklas Bendtner.