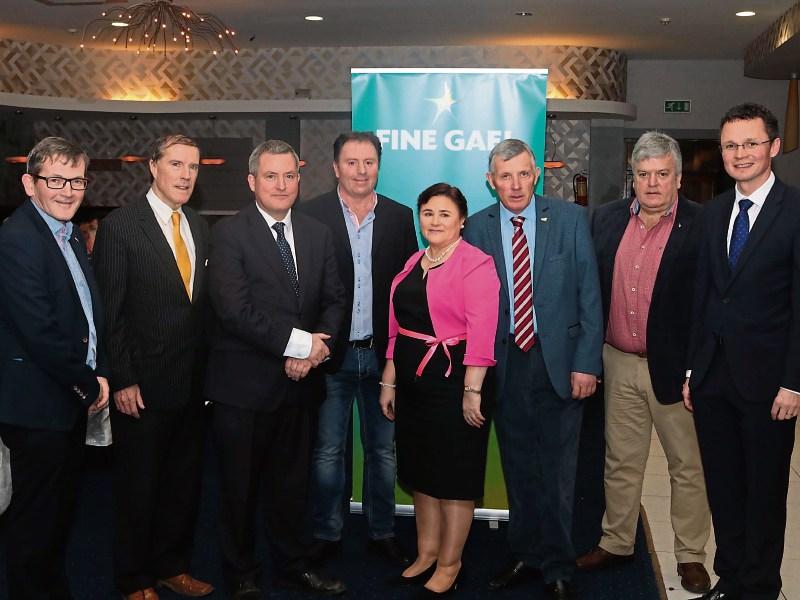 FINE Gael picked three from five candidates to run in the local elections in the Cappamore-Kilmallock municipal district at a packed Bulgaden Castle on Monday evening.

However, the smart money would be on Fine Gael headquarters adding a fourth person as Mr Egan and Ms Stokes are situated near each other in Murroe and Pallasgreen. While Ger Mitchell is based in Hospital. This leaves vast swathes of south Limerick without a local FG runner. Minister of Sate, Patrick O’Donovan said the convention was “very hotly contested”. Up to 300 were in attendance.

“There was only a couple of nominations between all of them which shows that they brought out their own vote, and they made an effort to impress upon people in other areas as well in what is a massive geographical area. ​I made it very clear on Monday night that I support all three candidates and will do whatever it takes to get them elected. We got two seats there in 2014 in a very difficult climate. We were in the throes of being in government, trying to rectify the economy and doing what was needed to be done, albeit things that weren't popular but they were the right things to do.

“We won two seats then so I would be confident that we would get three and be in a challenge for four. The trend in opinion polls over the last couple of months shows that Fine Gael has a very strong base and I believe the strength of that base is mirrored in rural County Limerick and in the towns and villages that make up the Kilmallock-Cappamore area,” said Minister O’Donovan, who fancies a cut at taking four seats.

"I think if we are to drive on the Fine Gael vote in east and south Limerick we need to be optimistic, we need to put our best foot forward. I think there is an expectation in some quarters that we will win three seats and that we should be in the field to possibly win four.

“It’s a seven seat area, it’s an enormous area. At every four crossroads and at every turn of the road there is a Fine Gael vote. So we want to make sure that for everyone who is inclined to vote for Fine Gael that we have the people who can command those votes. To have the calibre of people that we had putting their names forward is very reassuring,” said Minister O’Donovan, who paid tribute to Cllr Bill O’Donnell who is stepping down. The Newcastle West man said he wouldn’t be a TD, not to mind a minister only for Cllr O’Donnell. Minister O’Donovan pointed to the 2011 general election when Cllr O’Donnell was added late to the ticket but got a substantial vote. His transfers pushed him and Dan Neville over the quota.