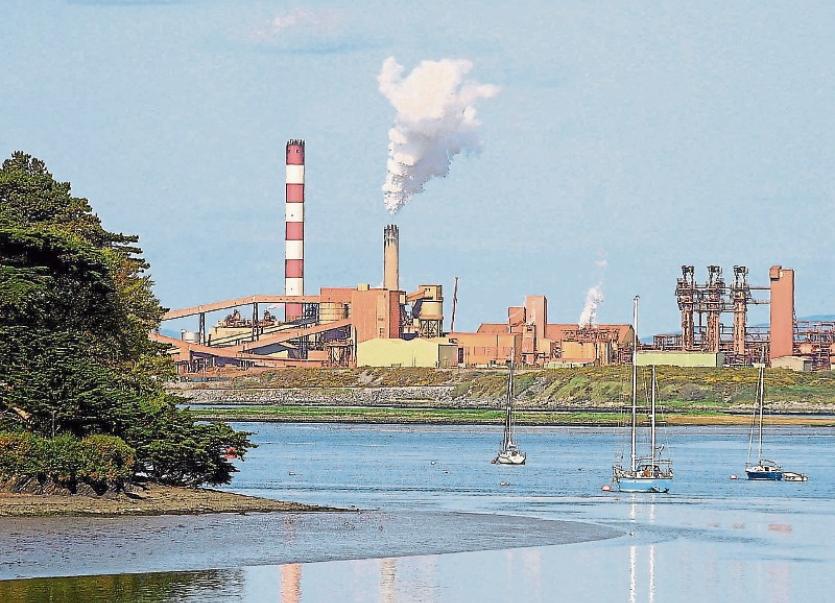 THERE is profound relief in Limerick and the Mid-West this Wednesday evening after an attempt in the US Senate to block an agreement to lift sanctions against Rusal, the parent company of Aughinish Alumina, failed to pass.

A vote to block the lifting of sanctions, despite an agreement hammered out after months of negotiations by the US Treasury’s Office of Foreign Assets Control, failed to pass. While 57 senators voted in favour, a threshold of 60 was needed.

This clears the way for the agreement to go ahead as and from Friday, the Limerick Leader understands.

But up until 6pm this evening, it looked as if Aughinish could be the victim of political differences in the US.

The final outcome of the bid to block the lifting of US sanctions against the major Limerick employer has been described as “a huge sigh of relief” for all concerned workers by Minister of State Patrick O’Donovan.

Minister O’Donovan said after the vote, “hopefully this is the end of a long drawn out matter.”

The vote was sparked by Democratic Party minority leader in the Senate, Chuck Schumer who believed the proposal is flawed “and failed to sufficiently limit Oleg Deripaska’s control and influence of EN+ Group and Rusal which owns Aughinish.

Democratic leader in the House of Representatives, Nancy Pelosi has also raised concerns about the deal and the party in general believes it is the Trump administration going soft on Russia and Vladimir Putin’s friends.

The US sanctions were originally proposed last April to target Oleg Deripaska, the major shareholder in RusAl,  and other Russian oligarchs in retaliation for alleged Russian interference in the US elections.

In response, Ireland and other European countries likely to be affected, lobbied hard, arguing that it would have adverse and unintended consequences on jobs and economes in countries friendly to the US.

After several postponements, agreement was finally reached last month when the US Treasury announced  that  Mr Deripaska had adjusted his shareholding and as a result sanctions against  RusAl would be lifted within 30 days. Those 30 days are now due to end this Friday.

“The Democrats in the US Senate raised concerns about the US Treasury agreement with Rusal and EN+, in that they felt it was insufficiently tough on Mr Deripaska. That is why they sought to move a resolution through the Senate to block the de-listing,” the Fine Gael TD said.

“The motion, however, was not successful in the US Senate, as it did not receive the required 60 votes.

“This means that the path is now clear for the de-listing to take full effect this Friday evening, at which point Aughinish would no longer be impacted by the sanctions. This is obviously a huge sigh of relief for the hardworking employees and management of the firm and for all those involved in trying to safeguard its future.

“However, we need to await developments over the next day or so to ensure that the de-listing goes ahead as planned on Friday.

“The Irish Government has always understood the rationale behind the sanctions. However, our concern has always been that inadvertent damage to companies like Aughinish, and other firms across the EU, needed to be avoided.

“That is why we have worked so hard – especially through our Embassy in Washington and the Department of Business, Enterprise and Innovation in Dublin – to ensure that US legislators and authorities understood fully the ramifications that these sanctions would have on Aughinish.

“Our understanding of the agreement reached with the Russian firms concerned is that the right balance has been struck between punishing individuals whilst avoiding unnecessary collateral damage to the friends of US, like Ireland and Sweden.

“Our focus though has always been on protecting Aughinish Alumina and we hope that the vote tonight ensures that the firm can shortly return to full business-as-usual,” Minister O’Donovan added.