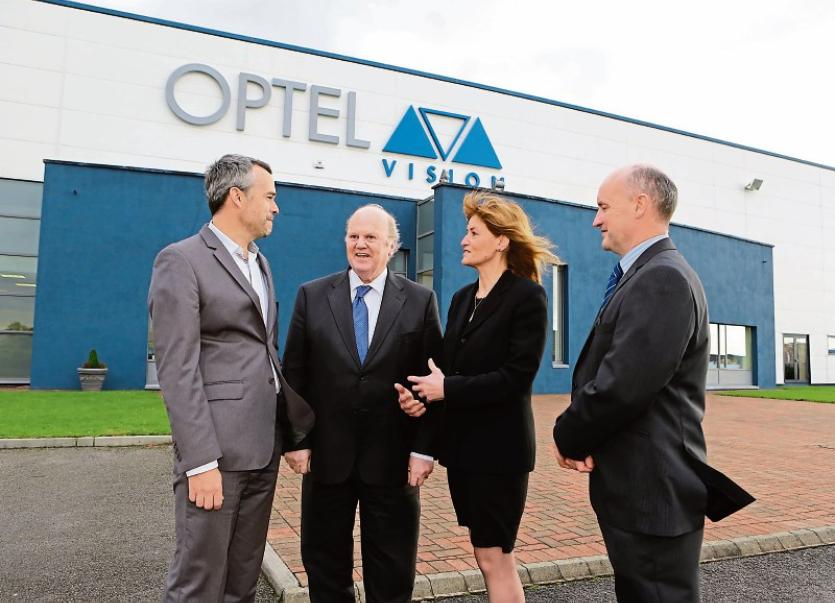 A SIGNIFICANT number of jobs at a high-tech manufacturing plant in Limerick are “at risk”, the Limerick Leader can reveal.

The Canadian-headquartered organisation Optel Vision has confirmed this Tuesday morning that the company is “subject to a global strategic reorganisation” and that it has “an overcapacity of production at its Limerick facility” in Raheen.

In a meeting this Monday at the Raheen plant, Optel informed employees “about a possible 39 layoffs”. It is understood that around 100 staff work for the company in the Raheen Industrial Estate.

Desmond O’Sullivan, Optel’s director of customer service in Europe, Middle East and Africa, told the Limerick Leader that the Quebec owner and one of its vice presidents made the announcement directly to staff.

The HR director and an Irish consultant were also present to take questions during Monday’s meeting.

“Yesterday, due to reorganisation of the Optel Group, a number of staff have been put at risk on the site here. It means there is a consultation process that will start now, according to the legislation, for the next 30 days. And at that stage, after 30 days, a decision is made how many of the employees that are at risk will be given redundancy notice,” Mr O’Sullivan said.

The company, which is based in Quebec, said that most employees working in the professional services and customers experience departments that serve European clientele “will not be impacted”.

Optel Group president, Louis Roy said in a statement that they “very much regret having to make this decision and wish to pay tribute to the affected staff who have contributed to our success in Limerick through their diligence and commitment.

“We recognize that this is a difficult time for them and assure them of our full support and engagement in the redundancy process. We would also like to assure our staff, clients and the public that we are very much engaged in our Irish and European activities and are working towards further development with recruitment planned in those areas in the coming months.

“We are still convinced that our traceability technologies in the pharmaceutical, healthcare, food and beverage and mining industries meet a European as well as a global growing need.”

It is understood that around 80 jobs are at risk globally, at Optel bases in Ireland, Canada, Brazil and India.