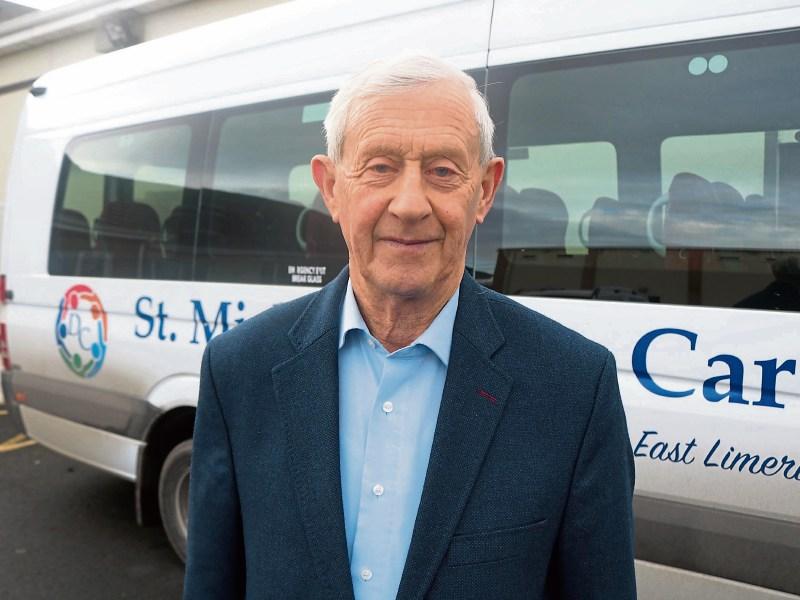 LIMERICK Councillor Noel Gleeson was always a private man with a public profile. He announced his retirement from politics in the same way he conducted himself - quietly and without fuss.

“I didn’t want to be highlighting it. I’m a private person really. I just let it slip out ahead of the convention before Christmas,” said Cllr Gleeson.

The man from Cullenagh, Cappamore, is the second longest serving member of the council behind Fianna Fail colleague, Kevin Sheahan. Cllr Gleeson won his first election in 1985 and would have been a permanent fixture apart from losing one election by three votes. In total, he will have served the people of the Castleconnell and Cappamore-Kilmallock electoral areas for 29 years.

He said it was a hard decision not to run again in May.

“I like the job but a time comes when you have to call it a day. I’ll be 76 this month. Myself and my wife, Philomena, have worked hard all our lives and we want to enjoy a few years while our health is good, with the help of God. So that was the decision. It wasn’t for political reasons or anything like that,” said Cllr Gleeson.

One word that continuously crops up in conversation with Cllr Gleeson is “community”. He said that was the reason he ran for office back in 1985.

“I have a great interest in community. During the troubled times in Ireland there were families evicted before they dug their potatoes.

“Those ridges are still there at the butt of the Slieve Felims. My father showed me them when I was a boy.

“I said to myself back then that during my lifetime I hope I would never see that happening. It planted a seed. Also, my aunt’s husband used to drive Canon Hayes (founder of Muintir na Tire). He was only born over the road from me. These little things combined and when communities were trying to develop and trying to get funding that’s what got me into it,” said the Fianna Faill man.

As well as serving in the chamber, Cllr Gleeson has held so many positions in so many organisations that it is impossible to mention them all. It began as secretary of Cappamore juvenile GAA club in 1961 and includes numerous schools, Cappamore Show, LCFE, St Michael’s Day Care Centre, Cappamore Development Association to name but a few.

Monitoring the car park while bingo is being played to ensure that there are no break-ins has also come under his remit.

In the council, just a few of his headline achievements were getting Clar areas extended in all of County Limerick in 2006; leading the campaign to keep LCFE’s Cappamore campus open and chair of the economic development, enterprise and planning SPC for three years. He targeted job creation during the recession.

“There was a dread that young educated people would have to emigrate and that would be to the detriment of their communities. In conjunction with fellow councillors and staff we brought down the development charges. When Limerick city and county councils amalgamated the services and charges were all different. Limerick going forward wasn’t competitive so after long debate and arguing we brought down the development charges.

“It had a very positive impact in attracting new businesses. When I was deputy mayor I had the honour of going to Cannes to accept the best small city in Europe to invest in award. This also helped to put Limerick on the map as a good place to live and work. A lot of companies have come to Limerick and thank God a lot of those well educated boys and girls are working in good jobs in Limerick and coming home to their communities,” said Cllr Gleeson.

He said it isn’t a major regret that he was never cathaoirleach or mayor of the new council.

“I was in hard luck a few times. We couldn’t agree and had to draw names out of a hat. My name never came out! But I was deputy mayor and I was vice chair of the old council too,” said Mr Gleeson. Knowing all he knows now about life in the council and the extra workload, he said if he was in his early forties again he would run again.

“I would often hear people talking about ‘all the money you’re making in the council’ which we’re not. When I went for the council in 1985 we would only be paid for one meeting a month. I didn’t go into it for money, I can tell you that and if I did my calculations were very bad,” he laughed.

It was trying to make a difference in his community that attracted Cllr Gleeson. Cappamore has a state-of-the-art library, a fire station with a new one planned, community centre, day care centre, playground, garda station, post office, sports clubs, schools, the LCFE campus and more.

“We have a good community because we have good people in different areas of our parish. The bottom line is your parish is as good as you make it. You have to provide facilities and we have them for young and old.”

He finished by thanking the people who elected him to represent them for 29 years, those in the communities who worked alongside him, including Cappamore Development Association, to provide the services for young and old, his fellow councillors and council officials.

“Thank you to my wife, Philomena, family and neighbours who have helped me,” said Cllr Gleeson. If the man or woman on the street was asked about Cllr Gleeson what would he like them to say.

“I hope I have done some good for the people that elected me - that will do me.”