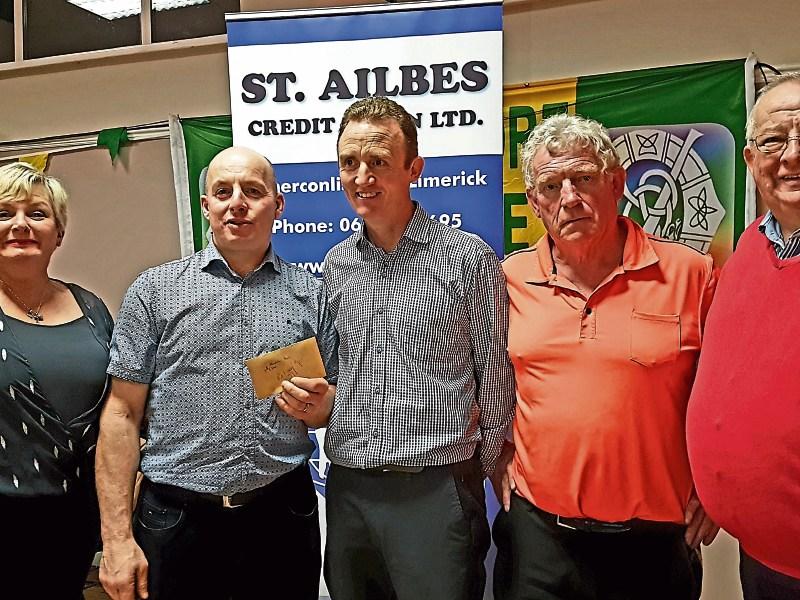 IT ISN’T too many that make money from betting on horse racing but Cappamore GAA and Camogie Clubs are the exception to the rule.

Before Christmas they organised a race night which raised €31,000. The community centre was so packed that it felt like the betting ring in Cheltenham!

Secretary of the fundraising committee, Josephine Blackwell said a few years ago Cappamore GAA club made the decision to purchase more land to facilitate the growing demand on their GAA pitch.

“A field committee was formed to progress this idea.  They successful purchased land adjacent to the existing pitch and work has been progressing since. The GAA club and camogie club decided a couple of months ago to fundraise to advance their income.  Members from all clubs were selected to form a fundraising committee to organise a race night,” said Josephine, who was joined by JJ Carr as chairperson and Jack Walsh as secretary.

“It was a tremendous success so we would like to take this opportunity to thank everyone for their support.  All those who were in attendance on the night. To all the parents, players, members and anyone who bought horses. Those who placed ads in our brochure for the night and all the sponsors of the races. To our main sponsor, St Ailbe's Credit Union for their very generous sponsorship, O'Dwyer's bar and lounge who provided the licence for the bar and O'Sullivan’s Centra for the purchase of the drink.  The funds raised are going  towards the completion of the new pitch,” said Josephine.

In the near further it is planned to build a hurling wall and have a walking track within the perimeter of the pitches. The overall cost of the project is in the region of €500,000. Both clubs are catering for in excess of 26 teams in hurling, football and camogie from U-6 up to adults.