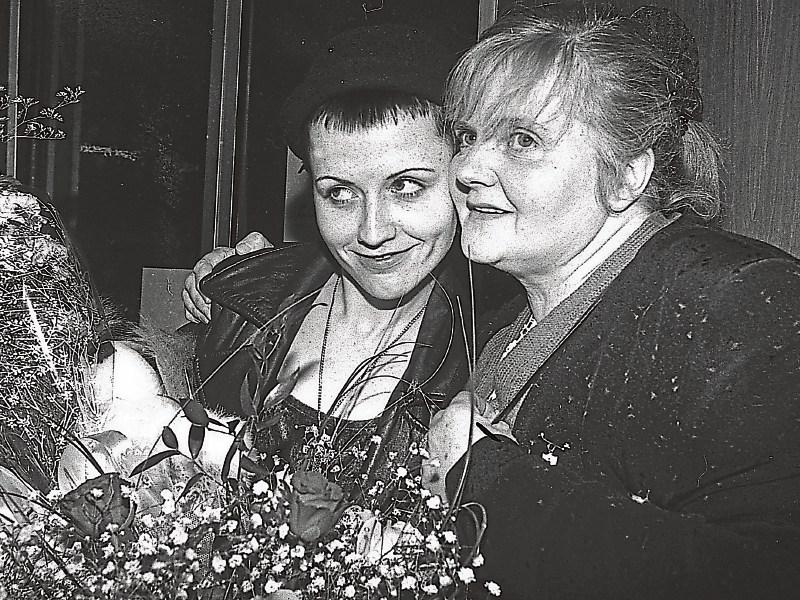 Eileen O’Riordan with Dolores in 1993 and below, with pictured with Dolores' son Taylor when he was a baby

DAYS before the first anniversary of the death of her beloved daughter Dolores O’Riordan, the mother of The Cranberries lead singer says she finally realises “she’s not coming back”.

“It doesn’t feel like a year. It feels as if the funeral is just ending. I know now she is not coming back,” Eileen O’Riordan told the Limerick Leader this week ahead of the anniversary of Dolores’ tragic death on Tuesday.

The Ballybricken native was found dead in her bedroom at the London Hilton on Park Lane on January 15 last year. She was 46-years-old.

Two anniversary Masses will take place in Limerick to mark her untimely death.

A Mass will take place in St Ailbe’s Church in Ballybricken this Sunday, January 13 at 11am followed by anniversary Mass in St Joseph’s Church on O’Connell avenue in the city on Sunday, January 20 at 11.30am.

“They are both open to the public. We would love to see people there. We decided on the second Mass for people who wanted to go in Limerick city,” Eileen explained.

“Up to Christmas was hard enough but I was busy with the church,” said Eileen who is the Eucharistic Minister, reader, singer and sacristan at her local church in Ballybricken.

“On Christmas Eve I got everything ready and as soon as the crowd started to come then I just left,” explained Eileen.

She simply found it too difficult to attend the Mass.

“Katie, my granddaughter, Joseph’s daughter is a beautiful singer. She sings O Holy Night and Dolores used to sing that as well,” Eileen said of her reason to decide to attend Mass in the church on Christmas Day instead.

“I came back afterwards on Christmas Eve. I didn’t want to be listening to the singing. And if I was sad then I would be sad in front of the children. I went up to Joseph my son’s house.”

Eileen and her family had Christmas dinner at the Strand Hotel in the city. Her spirits were lifted on St Stephen’s Day with the arrival of Dolores’ eldest child Taylor from Canada.

“Taylor is still very sad, God help us. I think the first born are softer,” said his doting grandmother. 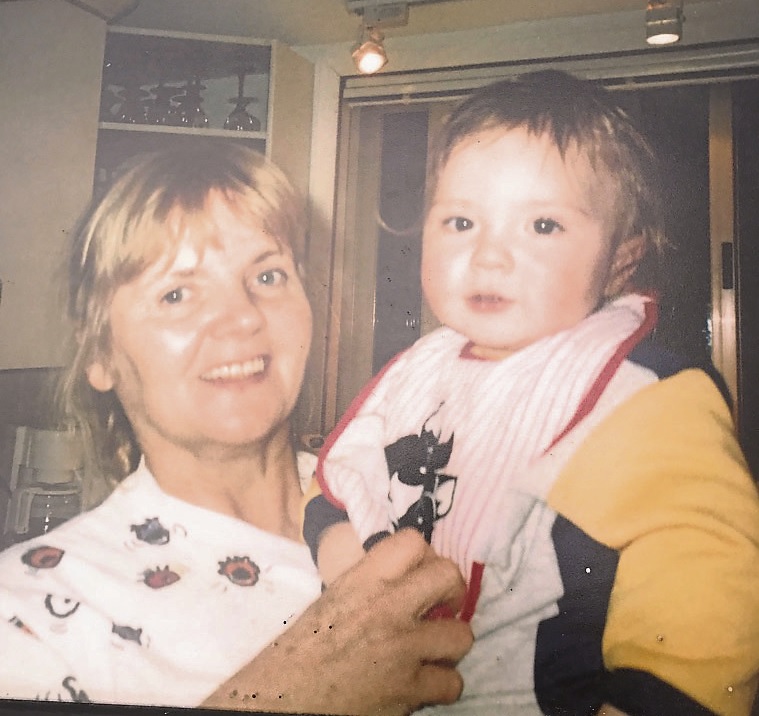 “He went back on Saturday. He’ll come back again in April please God. He likes Ireland. The girls will be on soon,” said Eileen of Dolores’ two daughters Molly, 17 and Dakota, 13.

Eileen has arranged for 4,000 memorial cards to be printed to remember Dolores on the first anniversary of her death.

“We have done them like a bookmark. They did it for me in Glenstal Abbey and it is very nice. I got around 4,000 of them to give out.

“Br Kevin in Glenstal did it for me. He’s an artist. He spent about a week doing it. There is a little verse to remember Dolores.”

The Cranberries lead singer died in a London hotel room by drowning due to alcohol intoxication, an inquest at Westminster Coroner’s Court heard last September.

The inquest heard she was found submerged in the bath in her room at the Park Lane Hilton hotel.

Eileen visited Dolores’ grave at the local cemetery over Christmas and was moved by the amount of well wishes that continue to pour in from fans around the globe.

“People are still leaving items there. There are three guitars there now I think. The flowers are lovely. I got a lunch box before Christmas and have put all the letters into it. We received a lot of cards at Christmas. People mean so well.”

Sometimes she momentarily forgets herself when she hears some news and goes to tell Dolores.

“For a split second I feel I must tell her….You have to keep going and make the best of it.”

Meanwhile, the University of Limerick announced this week that it is to confer a special posthumous honour on Dolores, which her family will receive.

The university will also confer band members of The Cranberries Noel Hogan, Mike Hogan and Fergal Lawler with honorary doctorates on Friday, January 18.