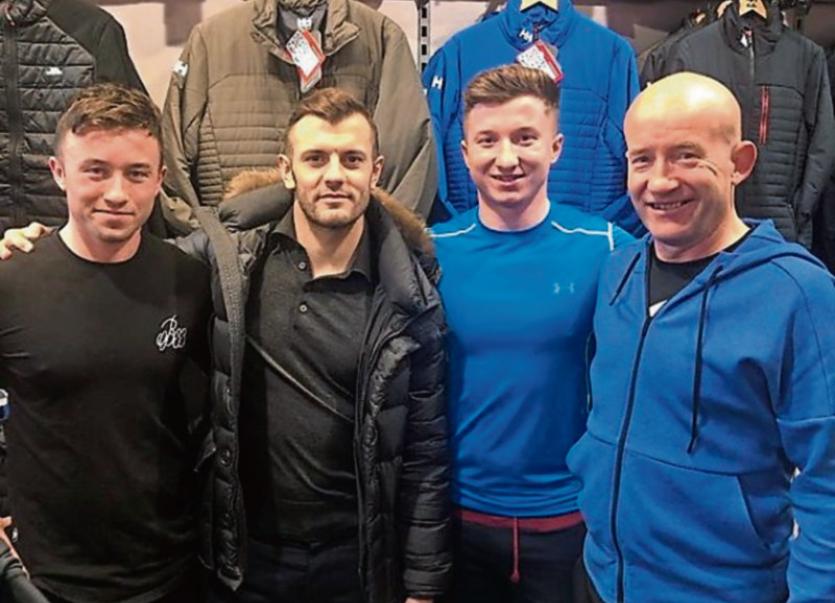 THERE was a sprinkling of stardust in Limerick this Thursday, with a top English Premier League soccer star shopping in the city.

Former Arsenal midfielder Jack Wilshere was pictured at Gleeson’s Sports Scene in William Street, where he was shopping with a friend who is from Limerick.

Wilshere, who now plays for fellow London club West Ham United, is out with an ankle injury, and is spending a few days on Shannonside while he recovers. It’s unclear when he will next feature for West Ham United – who face Southampton tonight – after picking up the fresh injury earlier this month.

Sam Gleeson, who served the 26-year-old, said: “He was very nice in fairness. As soon as I spotted him, I went straight over to him, when I noticed him at the door to ask him for a picture.”

Staunch Arsenal supporter Sam added: “It was unreal, surreal, you know? I was telling him how I had been over to the Emirates a few times, something he liked to hear.”

Jack Wilshere, who moved from Arsenal this summer, came into Gleeson’s Sports Scene this lunchtime.