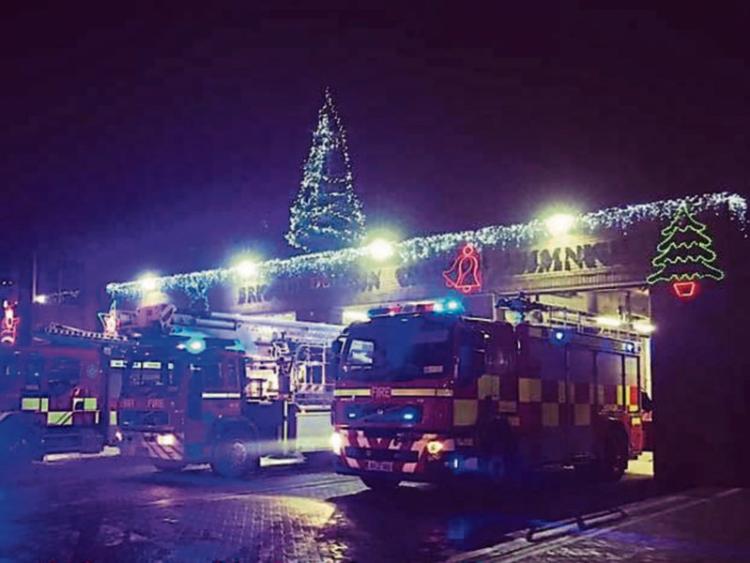 Limerick Fire Station, Mulgrave Street was open around the clock over Christmas

LIMERICK Fire Service posted a very insightful tweet before Christmas that reminds us of the sacrifices all our emergency services make.

It was a graphic with their opening hours over the festive season. On every date it says they are available 24 hours a day.

The same can be said for gardai, doctors and nurses in hospitals and nursing homes as well.

Farmers are also out every day tending their stock.

There is no out-of-office email reminder over the “holiday” period.

“We’ll be here in Mulgrave Street, along with our colleagues in the Munster Regional Control Centre 24/7, 365 days a year. Our six retained stations across the county also remain on call 24/7, 365,” said the tweet.

A reminder of our opening hours over the festive season!

We’ll be here in Mulgrave St, along with our colleagues in the Munster Regional Control Centre 24/7, 365.

Crews from Abbeyfeale were deployed on Christmas Day to assist their colleagues in North Kerry after a fire broke out at Knocknagoshil.

Retained firefighters in Cappamore and Kilmallock were also on standby to leave their turkey and ham had their phones gone off.

Those two stations were referred to in the summary of the Cappamore-Kilmallock municipal district works in 2018.

At a meeting before Christmas, Barry Murphy, senior executive engineer, said the two fire stations in Cappamore and Kilmallock are a “shining light” of what the council can do.

He outlined to a meeting of the municipal district that Cappamore responded to 96 incidents in the 12 months from September 1, 2017 to September 1, 2018. Kilmallock had 132.

Councillors praised all the fire fighters and their station officers for their quick response and life -saving work throughout the year.

They also heard that there is a €685,000 plan to redevelop Cappamore fire station subject to funding from the National Directorate for Fire and Emergency Management (NDFEM).