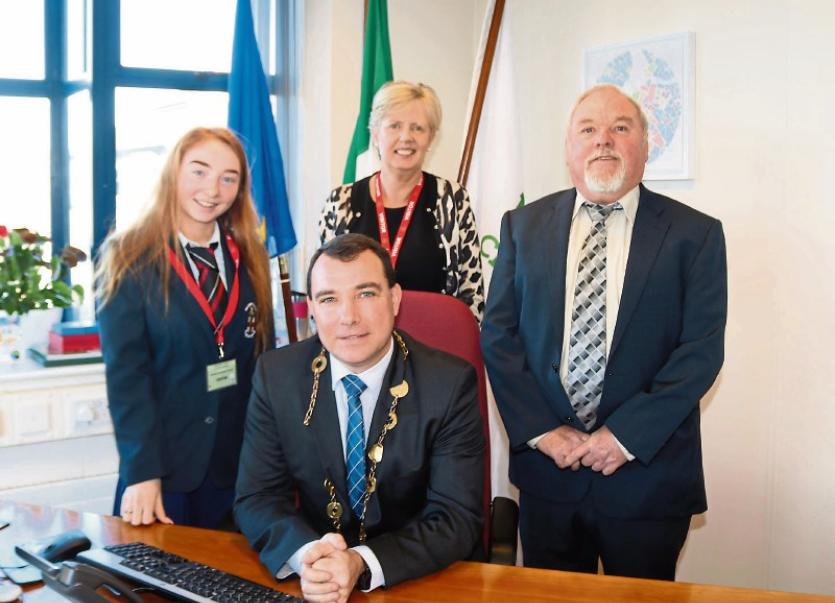 TWENTY-FOUR kind hearted students from a city secondary school will travel to Uganda next year for a unique charity project.

Villiers School transition year students will join a number of teachers in travelling to the African sub-continent to see how people live in some of the world’s poorest communities.

Teaming up with the charity group Zest4Kidz, they will work in schools, hospitals, as well as helping former child soldiers and youngsters with disabilities.

The students are funding the trip themselves, and to this end, have started organising fundraisers including a 24-hour fast, a colour day, a Christmas card sale, a sponsored run and a coffee morning.

One student, Jessica Hickey-O’Neill was honoured by Mayor James Collins after raising more than €2,000 from a raffle.

The reception for the student, and her peers, came thanks to Independent councillor John Gilligan, a relative of hers.

Cllr Gilligan said: “There is a huge gap developing between the third and first world, and this is something that needs to be breached. Sending people there will be an eye-opener. These are young people who will see what it's like to livein uganda. When you look at the third world, a lot of things are travelogues where people go to Africa, and stay in first class hotels - far away from the misery of the poverty that the ordinary people live in.”

He praised Villiers School for the initiative, adding: “These students will be in camps, orphanages, but they will be visiting rural areas as well, where normal people live. To find out what normal life is like.” He added a sense of perspective is needed.

“​For young people in Ireland, the major disaster for them is if the internet connection breaks up for ten minutes. That would be a crisis. We see it ourselves as adults. We get a storm warning - the storm will pass in 24 hours. Try not being able to buy a loaf of bread,” he said.

A school spokesperson said: “Villiers are very proud ofthe fact that so many of our students and teachers want to make a real difference to the lives of children in communities less fortunate themselves.”

The students head for Uganda in May.