'If you know of a s***ier monument please get in touch': Jimmy Carr’s Limerick tweet gets mixed response 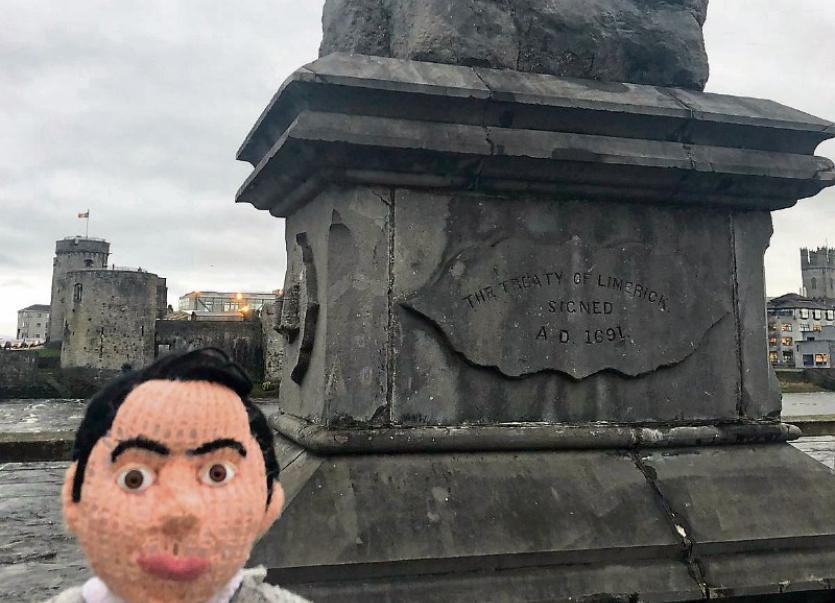 ONE OF the world’s most well-known comedians tweeted a rather tongue in cheek remark about the historic Treaty Stone in Limerick city, prompting a mixed response from the public.

Jimmy Carr was spotted in Limerick this weekend ahead of a ‘hometown’ performance at the South Court Hotel this Saturday.

A number of locals posted selfies of themselves with the UK comedian, including staff at the Underdog vegan restaurant on Thomas Street.

However, reception for Jimmy wasn’t all positive when he made a tongue in cheek remark about the Treaty Stone—often seen as an emblem of Limerick.

In a tweet this Saturday evening, he said: “I’ve been performing in Limerick this weekend. Check out this stone on top of another stone...if you know of a shittier monument please get in touch.”

Most people responded with pictures of other monuments, including the famous Terry Wogan statue, one of Margaret Thatcher, a giant statue of Queen Victoria, and other well-known and lesser-known monuments from around the world.

I’ve been performing in Limerick this weekend. Check out this stone on top of another stone...if you know of a shittier monument please get in touch. pic.twitter.com/Ew898U9EbJ

Some people were quick to explain that it’s more than just a stone.

One person said: “A lot of history behind that stone... a lot more than a monument! On a lighter note there’s a great pub beside it.”

One woman said: “It’s the Treaty Stone. It’s important to us.”

All ‘n’ all, most people could see the funny side to his joke, with one person commenting: “Hope you enjoy paying roaming charges next time you come to Limerick.”

A number of people spotted the irony in the tweet, as Jimmy Carr is known to have strong Limerick connections, as his parents are from Limerick.