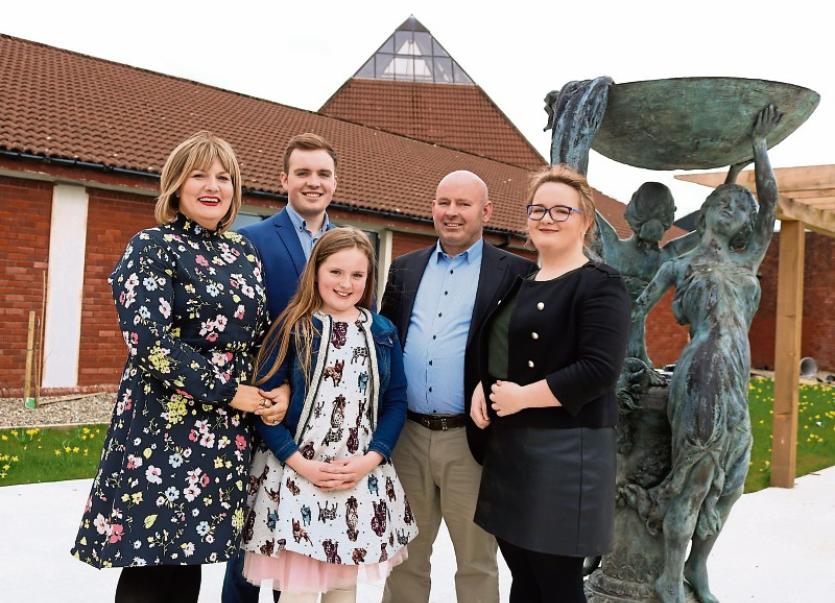 THE TWO Mile Inn is open again but teas and coffees will be served instead of pints and shorts.

Over €6m has been invested in transforming the landmark Limerick hotel into a state-of-the-art 84-bedroom nursing home.

The hotel, which closed in 2009, is part of local history said its new proprietors, James and Anne Maria Moore, from Bruree.

“It is very close to people’s hearts and is part of our social history. Huge crowds travelled from far and wide to go to the Two Mile Inn and the nightclub there called Poldark’s. It was busy every night of the week,” said James.

And a number of new residents remember those days fondly, said Anne Maria.

“We have heard so many lovely stories about the Two Mile Inn, all the nights out and all the glamour. We actually have to start writing them down,” said Anne Maria.

Numerous romances started in the night club, Poldark’s, and many famous bands, including the Cranberries, played at the venue.

“We will have live music for residents just like there was in the Two Mile Inn days and there will also be a beauty spa. In the next few weeks we will have a cafe open to the public. It will be a lovely space for the residents to have visitors.

“We also have an in-house physiotherapist, beautician, hairdresser and barber,” said Anne Maria, who is a nurse with additional qualifications in the care of older people and dementia care. Ennis Road Care Facility specialises in post-operative and rehabilitative care with its own physiotherapy clinic.

Since it opened at the end of the November, James and Anne Maria, who own the long-established Beech Lodge Care Facility in Bruree, have been overwhelmed with the interest.

“There is huge demand. People are delighted that there is a facility at this side of the city. Every one that has come thus far is from the Ennis Road and its environs. They are delighted with the location and its proximity to home for friends and relatives,” said Anne Maria.

The care facility offers long term, rehabilitative, short term, respite and palliative care. The iconic pyramid design, that won numerous architectural awards, has been retained and is where the day room is located.  The neighbouring Thady O’Neill’s pub and restaurant, built in 2000, could also be serving hot food again as it is available for lease.

The parents of three children – Edward, Barbara and Diane – say they want to make their new venture a “home from home” for residents and visitors.

BCM Consulting Engineers were given the design contract and tasked with achieving this homely feel.

Paul Bourke, of BCM, said: “To be awarded the task of creating a design that transforms and brings back to life this iconic building, while working with the clients’ brief and vision for the new facility, was both exciting and challenging.

“We worked tirelessly with our client to deliver a modern state-of-the-art development, while trying to create a homely, comfortable facility for generations of residents into the future.”

Paul described the Two Mile Inn site as the “gateway development for most people travelling to Limerick from the west of Ireland”.

The Two Mile Inn, originally built by the late Tom Ryan, has now been brought back to life from its derelict state.

It was later taken over by Brendan Dunne, after Tom Ryan developed the nearby Limerick Inn, now the Radisson Blu Hotel and Spa.

For more information please log onto www.ennisroadcarefacility.ie or by contacting 061 325555.