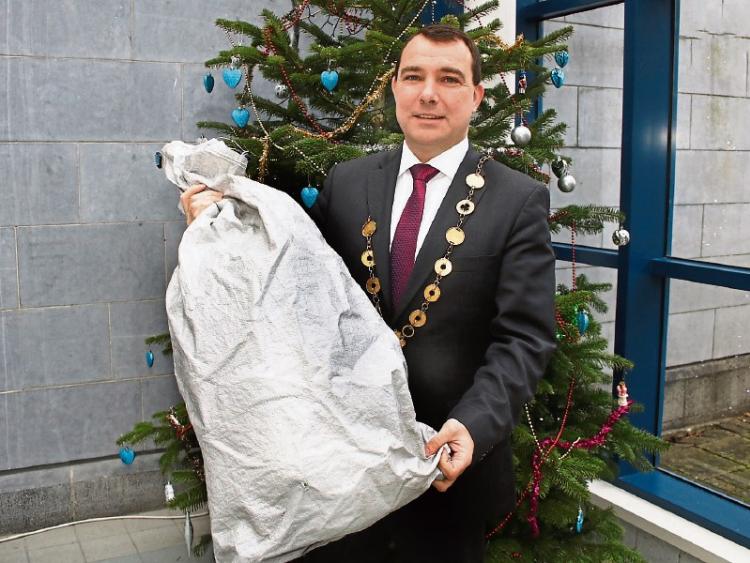 Mayor James Collins has launched the annual coal appeal, which has had 1,000 applicants so far

MAYOR James Collins has launched the traditional coal appeal to help some of Limerick’s neediest families this festive season.

More than 1,000 people have already applied to the scheme, known as the mayor’s coal appeal.

“It’s a tradition that’s quite unique to Limerick,” he said, “It’s unfortunate that we have to do this, but it’s a reality of the times we live in.”

As part of the appeal, local businesses donate money to the mayor’s office, which is then used to buy coal and fuel for people who most need it to keep their homes warm over the Christmas season.

“We’d prefer if Limerick was in a situation where we didn’t have to do this. But it’s a necessity and we do,” Mayor Collins said, “It’s nice that we can. We are thankful to businesses who are able to make donations.”

Limerick’s first citizen is urging businesses to continue to step up to the mark, in order that more Limerick people can be helped.

”We’d love it if we were able to do a bit more,” he said, “We’ve had phenomenal demand from people who need that little bit extra help at Christmas.”

Applications are still open for the mayoral coal appeal.

If you would like to apply for support, you can contact the mayor’s office by telephone at 061-407347, or on email at mayor@limerick.ie.