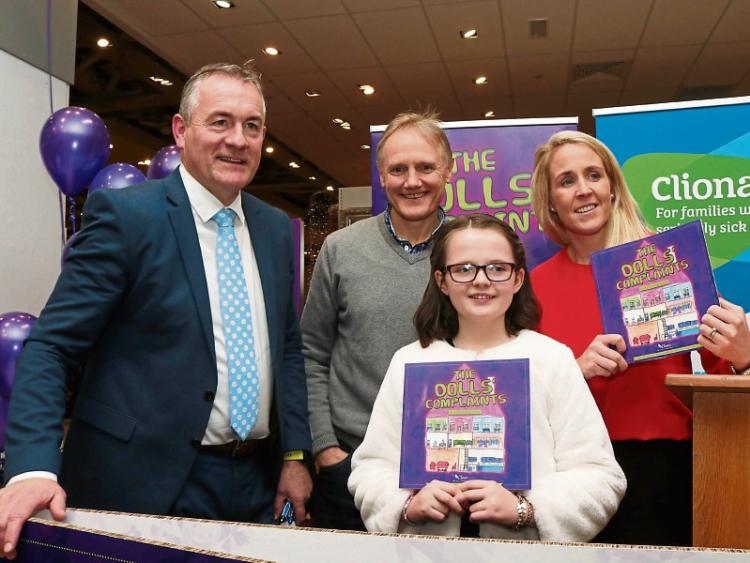 Ms Delaney from Ballycarney Co. Carlow, released her book The Dolls’ Complaints last month and has generously donated 100% of the proceeds for Limerick-based charity Cliona’s Foundation.

The Irish rugby head coach, who was in attendance for Munster’s victory over Castres on Sunday, chatted with local referee and ambassador for Cliona’s foundation, Joy Neville about his admiration for the charity and his experience raising his son Luke, who is diagnosed with epilepsy.

“I just go to work, but my wife has done an unbelievable job keeping the family together and as well as looking after Luke and the three kids,” he explained.

“What’s really helped us, is that Luke’s been incredibly resilient and positive as well despite the number of times he's been in hospital and that has made it easier for us,” Mr Schmidt added.

The Dolls’ Complaints is a story about a girl named Melissa who is diagnosed with an illness, and while she is in hospital, she leaves her dolls to her sister Anne.

The book chronicles the complaint letters the disgruntled dolls sent to their owner about the treatment they are receiving from Melissa’s sister.

Mr Schmidt commented: “Her drawings are already better than mine, the illustrations are very good.”

The author, who hasn’t even finished primary school yet, is delighted that her dream came true and was able to help a good cause in the process.

“What inspired me to write the book is I just love reading I just thought it'd be great to have a book of my own,” Keeva explained.

“My Mam suggested a few charities and I just thought it’d be great to donate the sales to charity, so I picked Cliona's Foundation because it doesn't just help the child but it helps the families as well,” she added.

Speaking at the event, Cliona’s Foundation co-founder Brendan Ring acknowledged: “Today an eleven-year-old child can help us so much in promoting what we do, attract people to listen to our message and create funding for us as well.”

Cliona’s Foundation is a charity founded in 2007 by Terry and Brendan Ring following the death of their daughter Cliona in 2006.

Its aims to provide financial assistance to families who have children undergoing long-term treatment for critical illnesses.

The Dolls Complaints is available on the shelves of Dunnes Stores or online at for €8 all proceeds go towards Cliona’s Foundation.