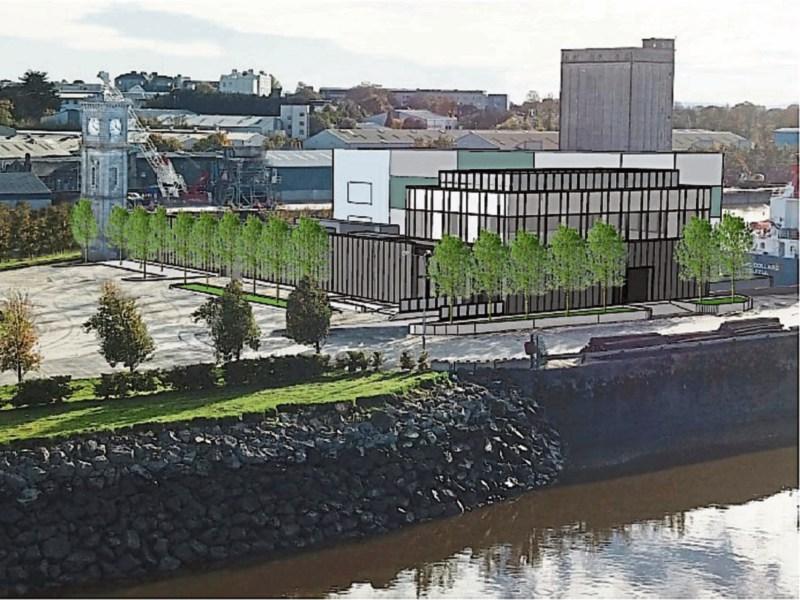 A REVOLUTIONARY €35m floating data centre is being planned for Limerick Docks, in a move which could create 124 jobs.

Limerick has beaten a number of locations across Europe to the investment, with Minister of State Patrick O’Donovan hailing it as “yet another element of the city’s rejuvenation”.

With centres providing information technology power for businesses being highly sought after, the Shannon Foynes Port Company has teamed up with Californian firm Nautilus, which plans to moor a floating vessel providing commercial data storage at Ted Russell Dock.

The data centre, it is anticipated, will be able to service a number of companies, or a single firm, with the Nautilus president and chief executive Jim Connaughton saying: “We will be able to serve a small company, to one of the larger social media operations – and everything inbetween.”​

According to the proposals, the dock off James Casey Walk will be transformed. The former ESB substation will be demolished, and replaced with a new industrial building comprising storage and office space. The existing clock tower, a protected structure, will be retained.

Speaking to the Limerick Leader from Washington DC, Mr Connaughton added: “Dublin is saturated and the west of Ireland holds great promise for deploying green infrastructure like this because of its location. The west of Ireland in particular has great potential for being one of the tech hubs.”

He revealed the development, if it gets planning permission, would create around 24 permanent positions, as well as 100 roles during construction to be delivered in “the skilled trades” including design, architecture and civil construction.

“Wherever there are data centre hubs, lots of additional jobs follow,” Mr Connaughton – whose parents hail from Ireland – said.

In terms of the size of the data centre, Mr Connaughton said it will match that of current vessels at the docks.

According to planning documents, the data barge will be secured the quay wall similar to the manner of other mooring vessels.

Access to the vessel will be by gangway access ramp, and there will be an overhead gangway cable to the adjacent quayside.

The barge will comprise of four data halls comprised within two floors above the barge deck, with supporting cooling and electrical systems below the waterline.

Mr Connaughton hopes in the event of planning permission, the development can be complete by 2020.

Pat Keating, the chief executive of the Shannon Foynes Port Company said the development is in keeping with its docklands framework strategy, unveiled earlier this year.

“This dynamic new enterprise will enhance the wider viability of the docklands, which is currently already enjoying record tonnage throughput across our traditional commercial import and export port,” he said.

Mr O’Donovan, who launched the strategy, added: “It is yet another clear sign of the commitment by the port company in Limerick Port and Foynes”.

A decision is due on January 26 next.