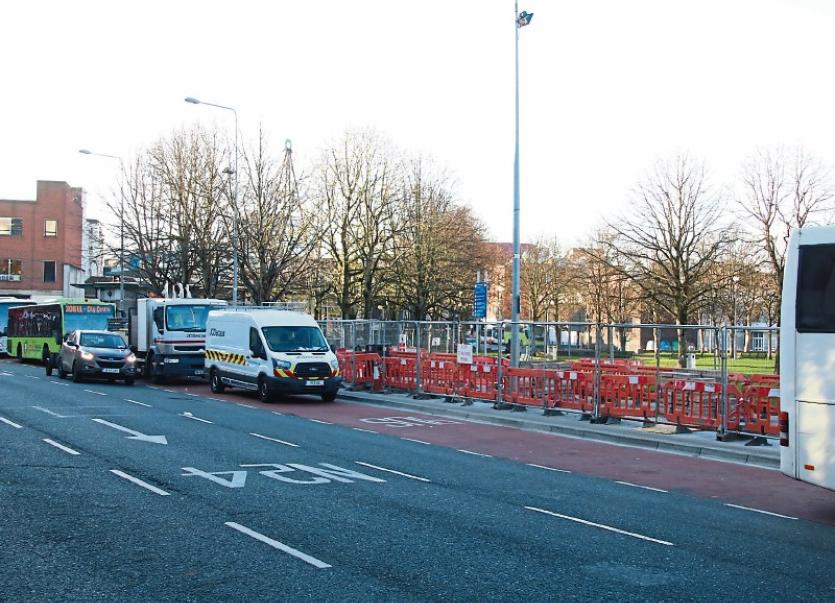 WORKS to install new shelters and additional seating at one of the busiest bus stops in the city are almost complete.

As revealed by The Limerick Leader in July, proposals were drawn up earlier this year to locate “additional or oversized” shelters at  Arthurs Quay Park which is one of the “key hubs for bus interchange” in Limerick.

The bus stop is currently used by Bus Éireann and a number of private operators and its proximity to the city’s main shopping district in the city centre was a reason why the project was given high priority status by both Limerick City and County Council and the National Transport Authority.

A spokesperson for the local authority confirmed the works to install the additional seating and shelters are progressing well.

“The work is due to be completed in the next couple of weeks and will give commuters and other bus users shelter from the weather while waiting for their busses. The bus shelters at Arthur’s Quay are the first of a number to be erected across the city network in the city centre and the suburbs by the council and the NTA,” he said.