Limerick councillor wants action after near miss at pedestrian crossing 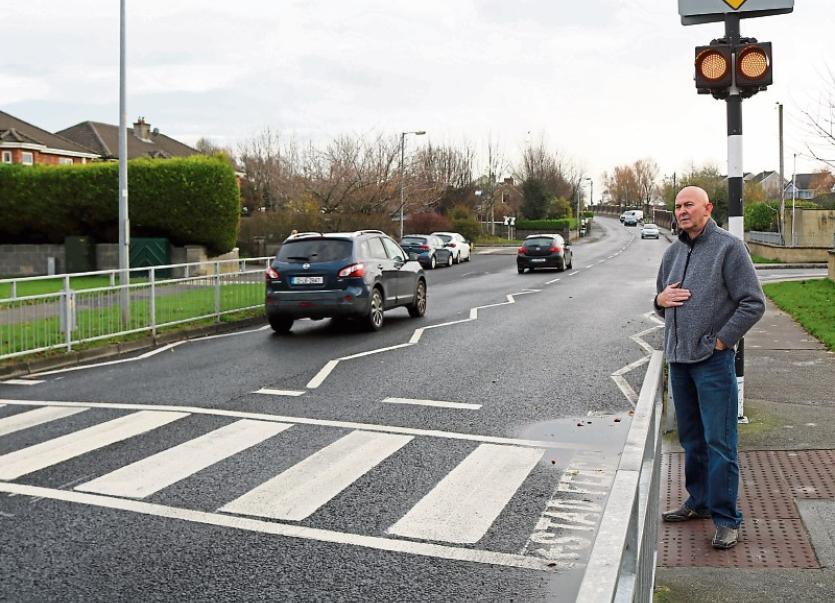 Cllr Paul Keller told the meeting a car had to ‘swerve’ around him at the pedestrian crossing at Bloodmill Road Picture: Michael Cowhey

A LIMERICK city councillor has described how he was nearly knocked down while crossing the road near his home.

Cllr Paul Keller made his comments as he called for a GoSafe van and additional garda resources to be deployed at Bloodmill Road near its junction with Childers Road.

Speaking at a meeting of the Metropolitan District Joint Policing Sub Committee, he said motorists are ignoring the pedestrian crossing near Claughaun GAA Club in Castletroy.

“It doesn’t seem to make much of a difference. Drivers are refusing to yield (to pedestrians),” he said.

Describing a recent incident near his home, Cllr Keller said motorists who use the road are driving too fast and, in his opinion, are showing a “total disregard for life”.

He told the meeting that a car “swerved around me as I was on the pedestrian crossing.”

Inspector Luke Conlon noted the concerns of the councillor but said it is unlikely a GoSafe van will be deployed in the area.

However, he said he would ask members of the divisional traffic corps to look into the matter.