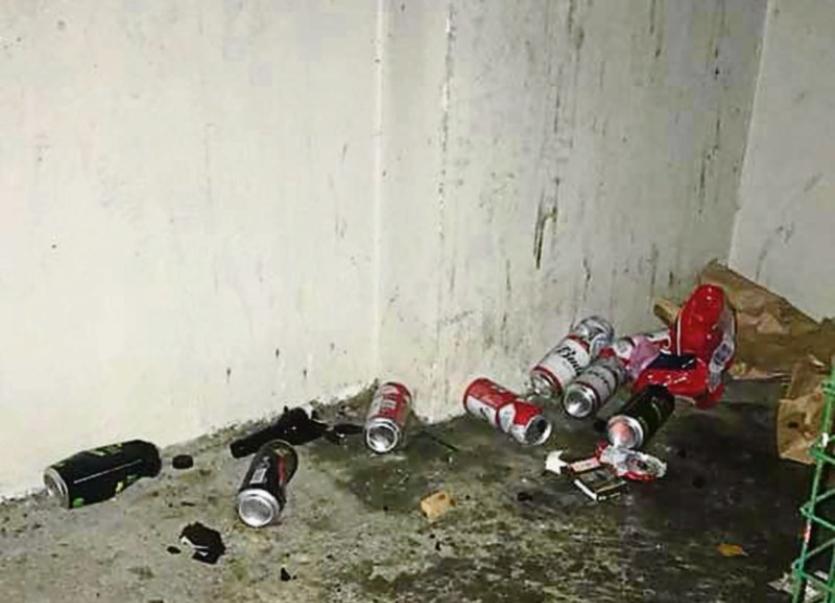 Recent photographs taken of the stairwell in the Watergate Flats

A MOTHER with severe emphysema says she must climb up seven flights of stairs, through broken glass bottles, discarded needles and urine, to get to her apartment on the top floor of a complex in Limerick city.

The woman, who is currently living in an apartment in the Watergate Flats, says she is “living in fear” as a result of antisocial behaviour taking place in the building’s stairwell.

A broken main door is allowing “anyone from all walks of life to get in to do their drugs”, she believes.

The woman, who asked not to be named, is suffering with a number of health conditions including emphysema and osteoarthritis. She also uses a nebuliser.

“The stairs are not doing me any favours, I’m seven flights up.”

“My breathing is quite bad. It's the stairs and the dirt and the filth. It's unbelievable.” 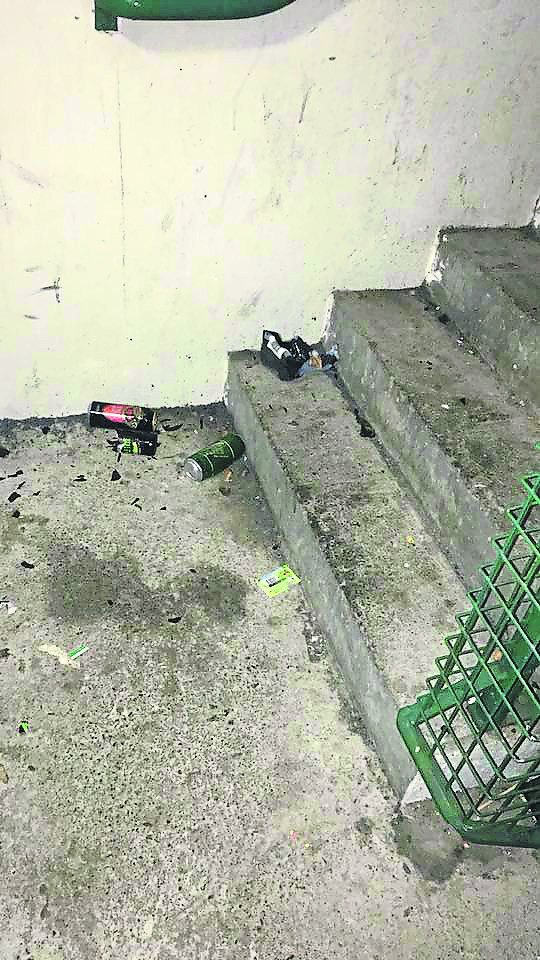 “I have to stop every three or four steps to take my inhalers. I’d nearly be blue, I’m just not able.”

“It is desperate down here,” she added. “Trying to sleep down here at night time is unbelievable, with the nightclubs and people coming out and around and they are battering each other, roaring and shouting. I’d be better off in Beirut to be honest with you.”

Drug users access the stairwell to “shoot up” and rubbish is being dumped in the area, she added. 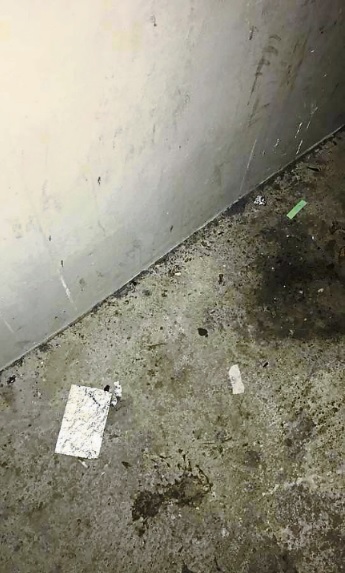 “There are people urinating all over the place. I went down last week with a bottle of bleach to clean the stairwell, washing it down, picking up rubbish.”

“I know they are putting millions into the place but what good is that if the main door is broken or there’s no lighting. It’s not fair, its 2018.”

Residents should each be given a fob to access the stairwell and security measures should be installed, she added.

“Limerick City and County Council has invested significantly in the overall Watergate complex in the past three years and we will not tolerate any anti-social behaviour by tenants or visitors to the complex.”