Would-be County Limerick publican claims he was ‘discriminated against’ 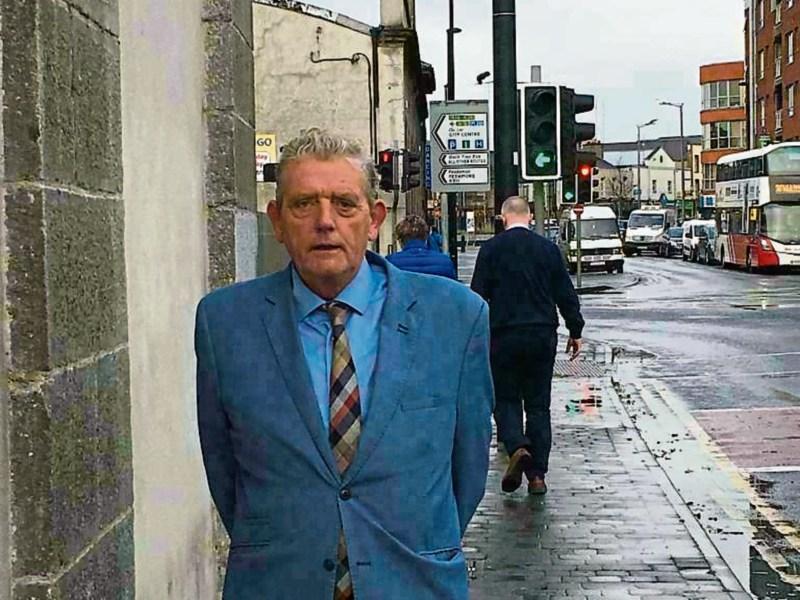 Patrick Kealy is a director of the applicant company

A DIRECTOR of a company which has been refused permission to a open a new pub in Rathkeale says he feels discriminated against because he is a member of the Travelling community.

Patrick Kealy says he’s disappointed with the decision of Judge Eoin Garavan to refuse the application for a declaration of suitability which was made under Section 18 of the Intoxicating Liquor Act.

“I don’t feel great at all, I feel very bad about it, I feel was discriminated against,” he told the Limerick Leader adding that he is unlikely to appeal the decision and will instead “let out” the premises which is located at Main Street, Rathkeale.

“I don’t know what I will do but I will probably leave it a couple of years,” he said this Wednesday.

Gardai had strongly opposed the application which was made by a limited company – Five Lamps Inn Public House Limited – which has a registered address at Fairhill, Rathkeale. The company was established in May 2017.

The directors of the company are Patrick Kealy and his wife Breda Kealy. Both are members of the Travelling community and live at Red Brick House, Fairhill, Rathkeale when they are in Ireland.

Mr Kealy, who also has an address in the UK, has been described as a “respected international antique dealer” and a “shrewd businessman”.

Concerns relating to the suitability of the premises, fire safety concerns and the character of the company’s directors were all raised by the State as part of its objection.

During a lengthy hearing, Judge Garavan was told a named woman would be hired to manage the pub as the directors of the company, who have no experience in the pub trade, would not be running it on a day-to-day basis.

Arrangements were also in place to retain the services of a security company in the event of the pub opening.

It was alleged by State solicitor Aidan Judge during the hearing that Patrick Kealy is the “Patriarch” of the Kealy family which is involved in a long-running feud with a number of other Traveller families in the Rathkeale area.

This has been disputed by Mr Kealy who told the court the feud has been resolved and that there are no ongoing difficulties between the families.

Handing down his ruling last week, Judge Garavan noted the concerns of gardai in relation to the applicant company, the premises and the potential impact of the granting of the licence.

He indicated he was rejecting the submission that there are already an adequate number of pubs in Rathkeale to cater for the local population which is set to grow by around 3,000 in the coming weeks.

During the substantive hearing, Superintendent Eamon O’Neill described the situation in Rathkeale as a “powder keg” saying there was a risk of a “step backwards to future lawlessness”.

Judge Garavan said he would not comment on the garda concerns but noted they had been expressed by the superintendent in charge of the Newcastle West district.

He noted that Mr Kealy has outstanding tax liabilities of more than €100,000 and commented that he had failed to rebutt some of the allegations put forward by the State.

While Mr Kealy did not comment as he left the courthouse, licencing consultant JJ Bunyan said while the decision was understandable, he was disappointed with the ruling.

“It’s difficult to see how the premises would not measure up, it’s fitted out to the highest standards that I have ever seen, it has the capability to be an Airbnb and possibly a hotel,” he said.

Mr Bunyan, who has worked as a consultant in the licencing trade for more than 30 years, says he has some sympathy for his client.

“This was a massive investment for Pat Kealy – potentially €400,00 – which was not taken lightly,” he said adding that any new entrants to the trade have a “lot of hurdles” to jump.

Mr Bunyan said he questioned some of the concerns which were expressed by gardai regarding potential violence and public order issues in Rathkeale.

“I believe, from what I read in the papers, that Rathkeale will be the safest town in Ireland between now and early next year,” he said.