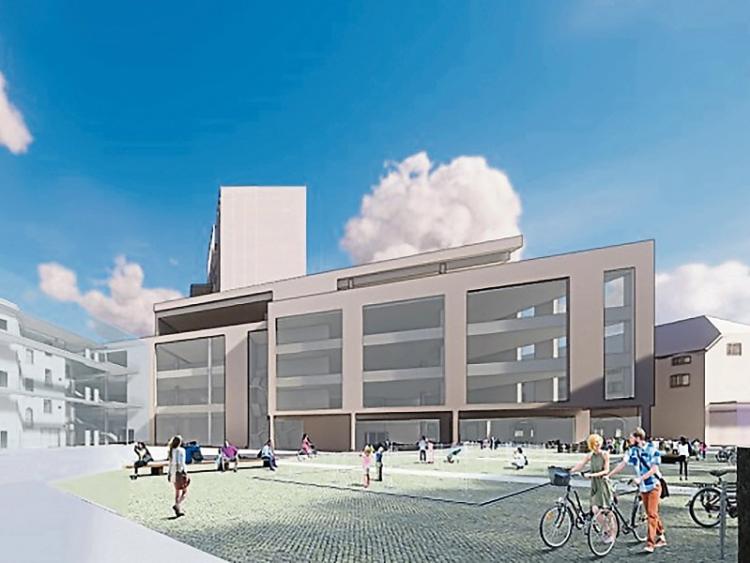 LIMERICK’S citizens are being invited to have their say on the €180m Project Opera development, which is being described as being “at a really exciting stage”.

It’s hoped a planning application will be lodged this side of Christmas for the scheme, which will see a vast area at the junction of Patrick Street, Rutland Street and Bank Place transformed into a development of offices, houses, an apart-hotel, a new city library, cafes and restaurant.

The exciting plans will deliver up to 3,000 positions – and four information sessions are being held next month to allow the public to share their views.

These will take place at on Tuesday, December 4, at Limerick Twenty Thirty’s offices in Patrick Street from 5pm to 7pm.

The following day, also between 5pm and 7pm, an information session takes place at City Hall in Merchant’s Quay.

The City Library plays host to a session on Thursday, December 6, between 5pm and 7pm.

And the final consultation is on Friday, December·7 between 5pm and 7pm in the council offices at Dooradoyle.

In what will be the final step ahead of a planning application being lodged with An Bord Pleanála, Limerick Twenty Thirty, on behalf of Limerick City and County Council, has begun the final round of public consultation.

This includes placing documentation for the planned and fully-funded development on its and the local authority’s websites – www.limerick2030.ie and www.limerick.ie.

Consultation boards have also be put on display at the Dooradoyle and Merchant’s Quay offices of Limerick City and County Council; at Limerick Twenty Thirty, Patrick Street and Limerick City Library, The Granary, Michael Street.

Mr Conway said: “We are at a really exciting stage now for the project. Limerick City and County Council have secured loan funding of €170m from the European Investment Bank and the Council of Europe Development Bank and we are on the verge of submitting a planning application for the project to An Bord Pleanála.

“So, after some disappointments in the past when the site was in private ownership, we are now finally about to see one of the most eagerly awaited developments in the state come to fruition.”

- For more on this and reaction to the plans, see the weekend edition of the Limerick Leader, out this Thursday morning