‘Public may have to wear masks’ if Limerick plant granted EPA licence: Councillor 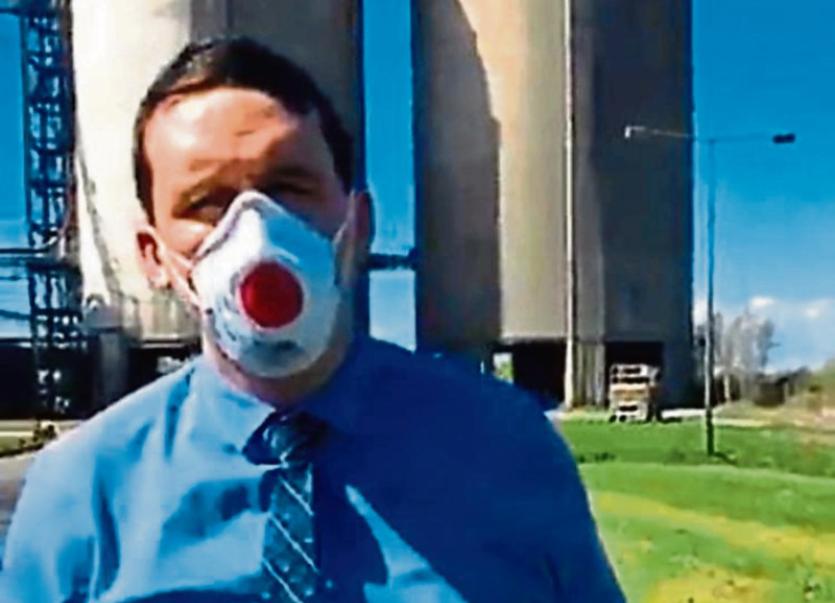 AN outspoken councillor believes people in Limerick will have to wear “masks” if Irish Cement is granted a licence to operate from the Environmental Protection Agency (EPA).

It comes with the regulator last week requesting further information from Irish Cement over its plans to switch away from fossil fuels in favour of used tyres and solid recovered waste.​

The proposals have brought about extreme opposition in the area, with thousands of objections to the EPA, mainly with concerns about an increase in toxins into the local atmosphere.

Irish Cement has always maintained its €10m investment will not bring about any increase in emissions, and it is necessary to safeguard the future of the plant and its staff working there.​

But Cllr Daly says: “​The future of our city should be a green one with fresh air, not black smog and grey dust.  A time will come when we are all going around with dust masks like we see in certain countries where the voice of big business is preferred to that of its citizens.”

Meanwhile this week, the group set up in opposition to the proposals has called a further oral hearing to discuss the health risks.

In a letter to the Leader, Limerick Against Pollution want the EPA to convene an oral hearing, similar to the one An Bord Pleanala held at the South Court Hotel last year, “whereby the health and environmental implications in this licence application can be discussed in an open and informed space.”

At that event, the HSE faced criticism for not providing testimony.

“Hopefully this time the HSE will consider this matter of sufficient gravity to grace the hearing with their presence. And hopefully, Limerick City and County Council will have worked out what they mean exactly by 'sustainable’ in the context of their 2030 development ambitions. Only then can the citizenry of this city decide whether the public interest is being protected by these public bodies,” states the letter, signed by Dr Angus Mitchell, Claire Keating, Derek O’Dwyer, Maria Corbett and Tim Hourigan.

The group also rejected a claim from Irish Cement communications boss Brian Gilmore that its new plan will “help recover valuable resources that might otherwise end up in landfill”. This, they said is “rationalising language which belongs to a redundant age of corporate doublespeak. An age oblivious to the consequences of decision making that ignored the social and environmental costs.”

Irish Cement declined to comment when contacted by the Limerick Leader this Wednesday.