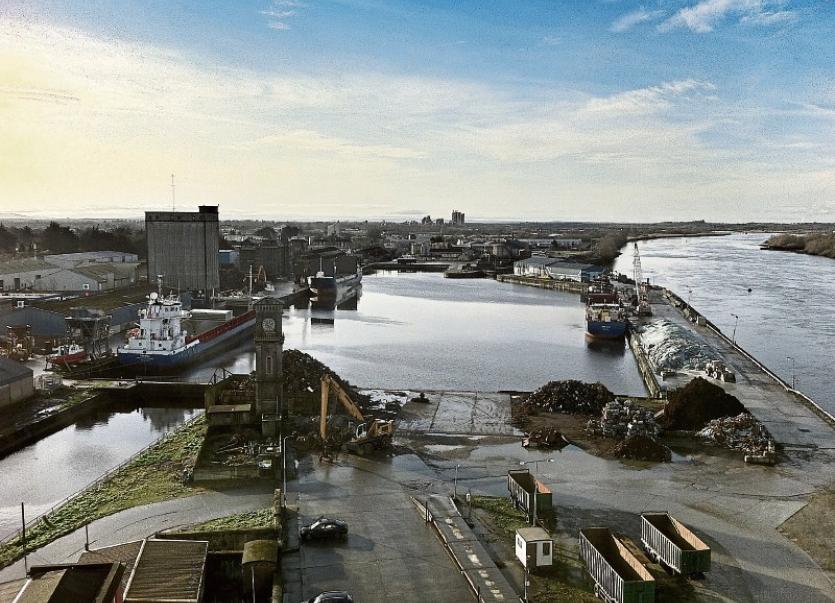 Limerick’s Docklands: Shannon Foynes Port Company has appointed Savills to ‘unlock and maximise’ the potential of the site

SHANNON Foynes Port Company has appointed a property firm to ‘unlock and maximise’ the potential of a 45.5 hectare site on Limerick’s Docks.

Shannon Foynes Port Company (SFPC) announced that Savills Ireland would “advise on the regeneration of its 45.5 hectare holding in Limerick’s docklands into a major economic hub for the city and region”.

The multi-million euro plan to transform Limerick’s Docklands promises to deliver up to 1,000 jobs. SFPC unveiled its Limerick Docklands Framework strategy in March of this year.

Under the framework of the SFPC Vision 2041 plan, Savills will advise on the development and reuse of existing obsolete buildings and land for commercial use, while also maintaining Ted Russell Dock as a viable working port, it said.

“The Limerick docklands area has to potential to act as a major growth stimulus for Limerick and the wider region,” said Patrick Keating, CEO of Shannon SFPC.

“It’s one of the finest urban sites available in Ireland, not least thanks to its proximity to the motorway and city centre. There was a hugely positive reaction to the launch of our Limerick Docklands Framework Strategy earlier this year and the appointment of Savills to advise on how to maximise this opportunity is a follow-up to that.

“The Framework Strategy essentially identifies the potential of the site, particularly for maximising non-core activity assets and also reaffirms our commitment to the continued growth of the Ted Russell Docks there as a commercial port,” he added.

Limerick City and County Council is seeking close to €6.5m from the annual Urban Regeneration Development Fund, which is granted by the Department of Housing, Planning and Local Government, for the project.

Savills has a strong track-record in this space, having worked on various high-profile regeneration projects including the development of Boland’s Quay – formerly Boland’s Mill – which has since sold to Google. In addition, Savills provided strategic consultancy regarding the future development of the former Irish Glass Bottle site in Dublin, where plans are in the pipeline for 1m sq. ft. of commercial development and 3,500 homes.

“By 2030, the number of people employed in port related activities could increase by 25% - offering a major boost to the local economy, and the general renaissance envisioned for Limerick,” said Andrew Sherry, Divisional Director of Savills Development Services.

“Our role is to help Shannon Foynes Port Company unlock and maximise that potential, as outlined in the National Planning Framework through carefully considered, innovative development advice,” he added.