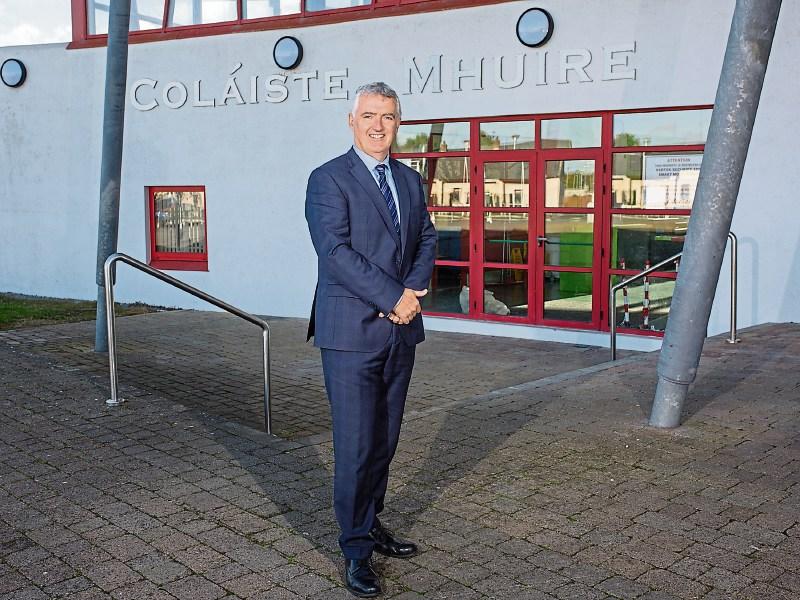 A NEW chapter has opened in the life of Coláiste Mhuire, Askeaton as newly appointed principal Morgan Heaphy has taken his place at the helm of this large school community.

“I am absolutely delighted to have joined the staff of a school with such a proud history and tradition of providing for the needs of the children of this area,” Mr Heaphy said.

He was also, he added, deeply gratified by the welcome he had received from staff, students, parents and the people of Askeaton.

“I look forward very much to working with them and building on our rich heritage in the years ahead.”

Previously, Mr. Heaphy served for nine years as principal of St. Patrick’s Comprehensive School in Shannon where he oversaw their recent €5.5 million extension.

Before that he was Deputy Principal at St. Michael’s College, Listowel. He is a native of Ballylongford, Co. Kerry and a graduate of UL.