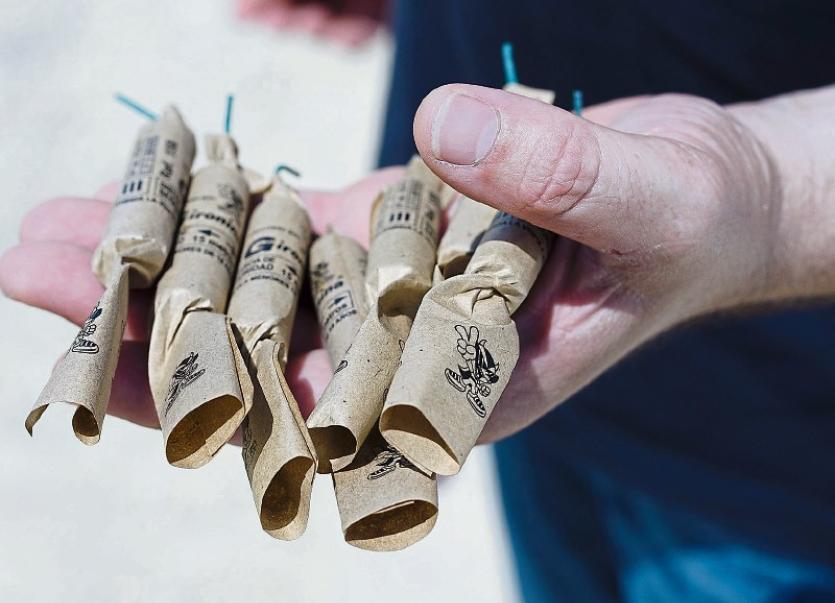 A TEENAGER underwent surgery for a hole in his hand while another sustained facial burns after a firework exploded during the Halloween celebrations.

The two males in their early teens are understood to have been in each other’s company in the vicinity of the GAA grounds in Kilmallock when the incident occurred.

According to locals, one of the teenagers had to undergo surgery to reconstruct his hand and the other teen received burns to his face and chest following the incident which occurred around lunchtime last Thursday, November 1.

“It's very shocking to hear that the boys sustained these injuries. I believe local guards had spent time in the schools warning of the dangers of fireworks,” said one local resident.

While gardai in Bruff say they have no reports of the incident the superintendent of Bruff garda district, Brian Sugrue, confirmed that the there have been a number of significant seizures of fireworks in the south Limerick area in recent weeks.

“There were €4,000 worth of fireworks seized on October 22 in Bruff and a man from Limerick city was interviewed in relation to it. And, as a result of a joint operation with Customs, in Kilmallock, there was €1,200 worth of fireworks seized and a man from the midlands interviewed in relation to it. There has been a file to the DPP in both cases,” said Supt Sugrue.

Fireworks are illegal and there are serious penalties for the possession of same - €10,000 fine, five years in prison, or both.