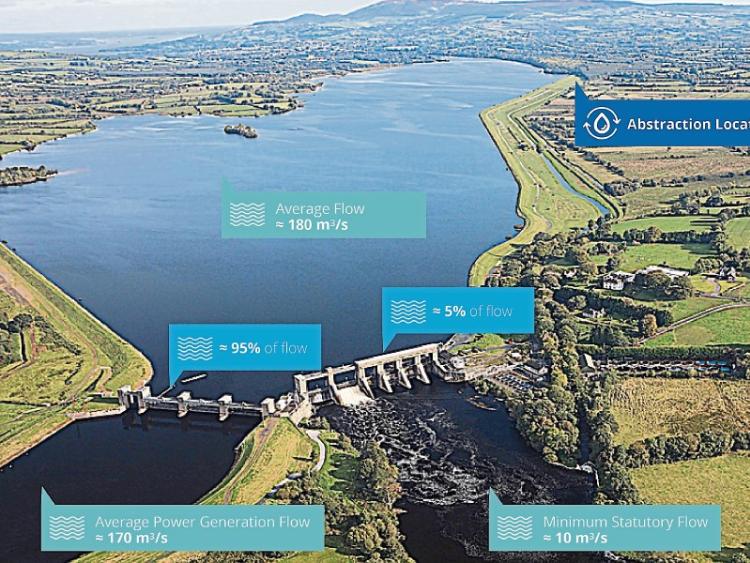 The €1.3bn project, which has been met with opposition from various groups, proposes to abstract water daily from the Parteen Basin

AN INDEPENDENT review into Irish Water’s plans to abstract 300 million litres of water daily from the River Shannon and pump it to Dublin is to take place before the project is approved by the Government.

The €1.3bn project, which has been met with opposition from various groups, proposes to abstract water daily from the Parteen Basin and pump it to County Dublin in order to meet the future water needs of the Greater Dublin area.

The news that the Commission for the Regulation of Utilities (CRU) has been directed to examine the project before it is signed off on was welcomed by councillor John Gilligan at a recent meeting of the Environment Strategic Policy Committee (SPC) in the Council Chambers in Dooradoyle.

“Major concerns have been raised about this project,” Cllr Gilligan, who strongly opposes the plans, told the chamber.

The utility should focus instead on replacing leaking pipes in Dublin, he added.

“Hopefully the idea will now be removed from the national agenda.”

However, the proposals have been discussed for the last 15 years, according to Fine Gael councillor Michael Hourigan.

“A huge amount of money has been spent on consultants, is that all pushed aside now? We have council full of reports on this, who decides where the merit lies?”

Irish Water plans to submit a planning application to An Bord Pleanála in 2019 and an Environmental Impact Assessment Report and Natura Impact Statement are currently being undertaken by the company.

However, opposition groups such as the River Shannon Protection Alliance believe the figures used to calculate Irish Water’s proposal do not make sense and that viable alternatives have not been explored by the company. The Kennedy Analysis, a forensic study carried out into the project, argues that Dublin’s pipes have a leakage rate of 57%.