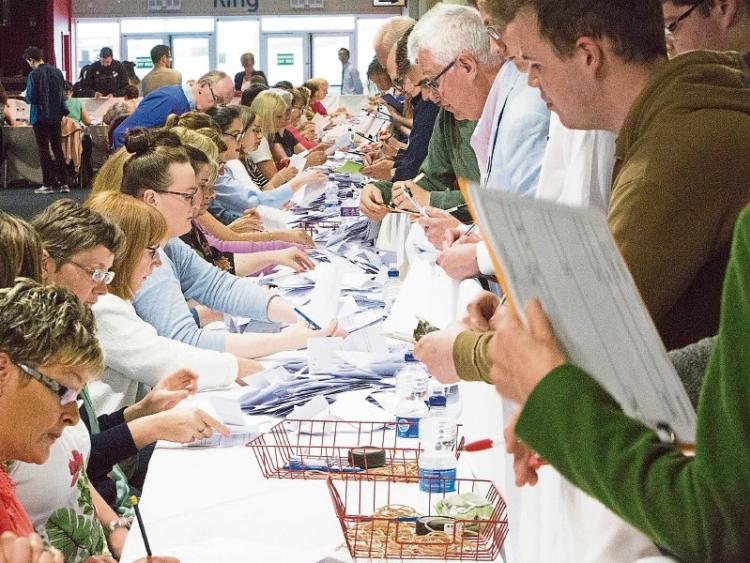 The count centre will be at Limerick Racecourse, Patrickswell

MORE than 140,000 people across Limerick are eligible to vote in this Friday’s presidential election and constitutional referendum.

Voting will take place in both the Limerick city and Limerick constituencies between 7am and 10pm.

County Registrar and local returning officer Pat Wallace is advising voters that ballot papers for the presidential election are white in colour and will feature the name and photo of each of the six candidates which should be numbered in order of preference.

Following the closing of the polls on Friday, a major operation will kick-in to bring the ballot boxes to the count centre at Limerick Racecourse, Patrickswell.

Count staff will begin sorting and collating the ballot papers from 9am on Saturday.

Because there are two separate votes, the process to separate the ballot papers is likely to take until lunchtime when the count proper will get underway.

The votes cast in the two Limerick constituencies will be counted separately and the results will only announced once they have been ratified by the national returning officer.

While there is some flexibility at a local level, it is likely the votes cast in the referendum will not be counted until the overall result of the presidential election has been announced.

Those on the register of electors should have received their polling cards in recent days.

An information booklet from the Referendum Commission –  which is chaired by Limerick woman, Ms Justice Isobel Kennedy - has also been distributed.