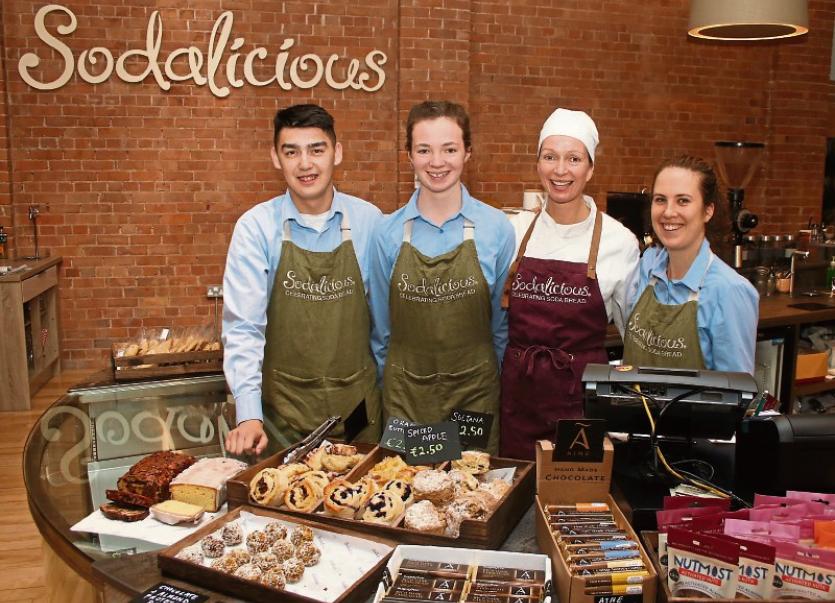 Jane Conlon, originally from Dublin who has been living on the North Circular Road for 20 years, has built a reputation as a pastry chef. She's a devoted parent as well.

With ages ranging from 16 to four years, Chef Conlon was juggling sending her children to secondary school, primary school and créche while opening a new bakery in August.

“It’s been challenging, to be honest, it’s a big challenge for them because I went from being a 24/7 mum to working here.

“They’re finding it difficult, but I have to say they’ve been absolutely brilliant about it,” she enthused.

The Dubliner then made the trip to London in one of the Antony Worrall Thompson chains, where her passion for soda bread was sparked by her Italian mentor.

“He would add different nuts and seeds to his yeast bread which I thought was beautiful, but I didn’t have the time to bake yeast bread so I used soda bread  which was a time-efficient alternative.”

“And, ironically enough, it yielded a nicer taste than yeast, as yeast bread can take over the flavours, but with soda bread you can really taste the flavour,” she added.

Both the cleverly punny names of restaurants and the scrumptious soda bread,  had their origins in this establishment.

“Everybody was greeted with a basket of soda bread in a variety of flavours back in the Chez O’Shea days, and they always came back and asked what was the bread, and they couldn’t believe it was soda bread,” she recalled.

The Cecil Street restaurant’s most popular dishes range from the Guacamole Glory on Spelt Brown Bread, Roasted Chicken Sandwich on Roasted Pepper bread and the Cheddar and Chive sandwich, with a vast variety of flavours to choose from.

Chef Conlon also prides her establishment on using only Irish ingredients, and also creating a local atmosphere playing only music from local artists as well.

For quality foods at an affordable price, made fresh on the premises early in the morning by hardworking staff dedicated to bringing you the best meal possible, visit Sodalicious on Lower Cecil Street, open from 8am to 6pm.